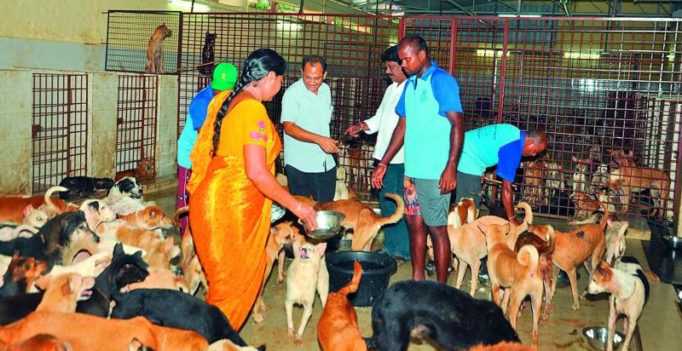 The municipal employees give a sumptuous meal to the stray dogs in Vijayawada on Thursday before relocating them after strelisation. (Photo: DC)

Vijayawada: To avoid inconvenience to the public during Krishna Pushkaralu, Vijayawada Municipal Corporation, with the help of Animal Care Land, Tirupati, caught 686 stray dogs in and around various ghats and Durga temple surroundings and kept them in kennels near Ajithsingh nagar. The stray dogs were served a sumptuous farewell lunch on Thursday before they were relocated.

They have served delicious food containing curd rice, sambar rice, milk and rice with milk. The VMC has arranged special cooks for the preparation of food exclusively for the stray dogs.It has allocated a budget of `750 for each dog to meet the expenditure of pre and post-operation expe-nces. it is a regular pro-cess, but as part of preventive measures during Krishna Pushkaralu, the VMC has done it in a massive way. Keeping in view the 78 dog bites that took place during Godavari Pushkaralu, the VMC administration has taken this precautionary step.

In all, 528 dogs were sterilised and 556 dogs were immunised against rabies. All the dogs were relocated after sterilisation and anti-rabies vaccination. The VMC constructed a new animal birth control and anti-rabies vaccination centre near Ajitsingh Nagar Excel plant. It has given a target of 10,000 dogs to be sterilised and immunised by Animal Care Land, Tir-upati, an animal welfare organisation recognised by the AWBI. 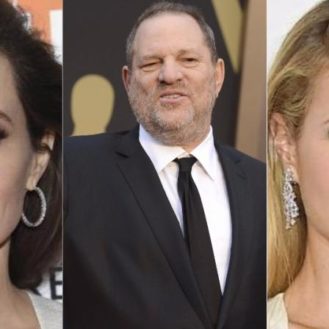