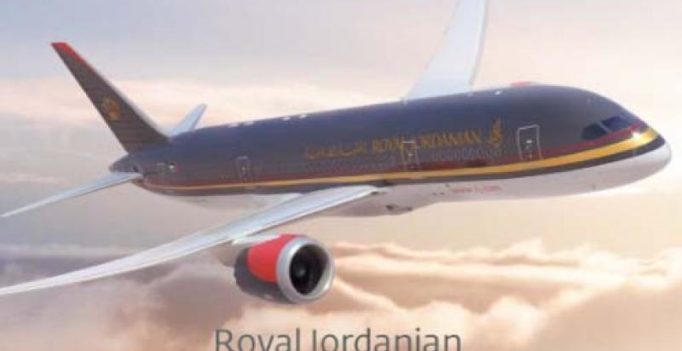 Amman, Jordan: Say hello to the person next to you. Reclaim territory on the armrest. Think of the reasons why you don’t have a laptop or tablet with you.

This is some of the light-hearted advice dispensed by Royal Jordanian on social media Thursday, a day before the carrier is to enforce a new US ban on most onboard electronics on US-bound flights from 10 cities in Muslim-majority countries.

Earlier this week, Royal Jordanian was among the first to announce the US was banning most electronics, including laptops, on board certain flights. The airline later deleted the tweet because Washington hadn’t announced the ban at the time.

Since then, the carrier has been trying to cheer up passengers and potential customers with humorous Twitter messages. 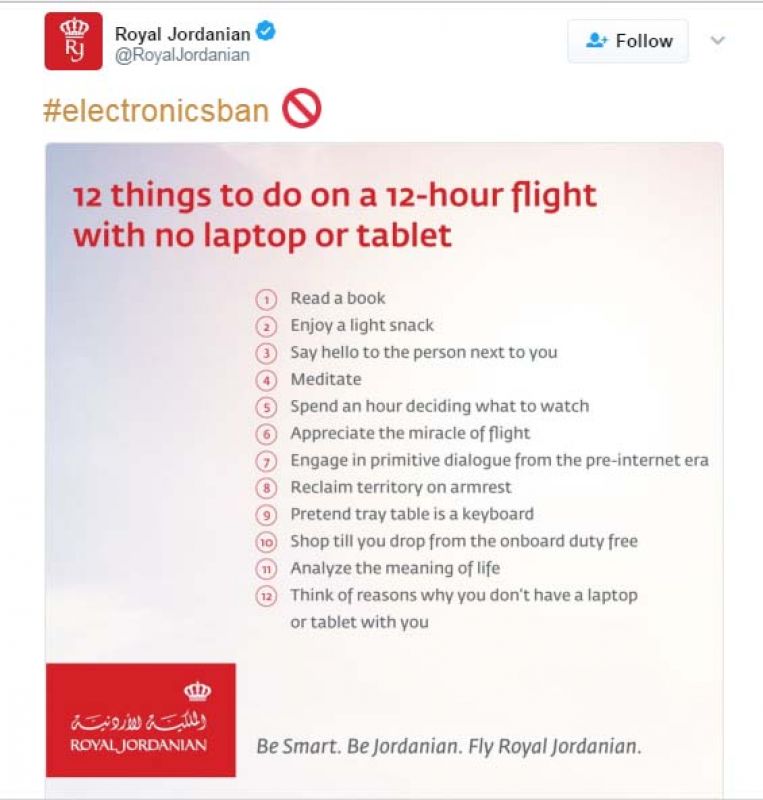 In another post, it took up rhyming, with a five-line poem that begins: “Every week a new ban. Travel to the US since you can.” It promises that “No one can ruin our in-flight fun.” 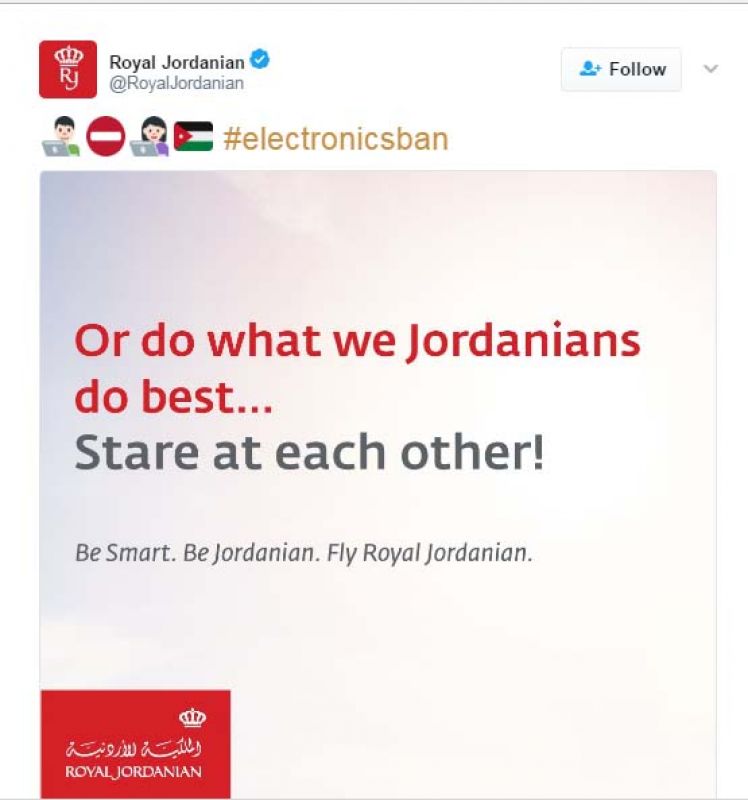 But there’s a serious side to the restrictions, including the potential for theft, damage or compromised data if laptops are checked with luggage. Travelers can also lose precious work time without access to laptops on long-haul flights. 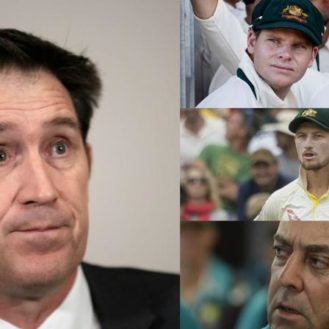