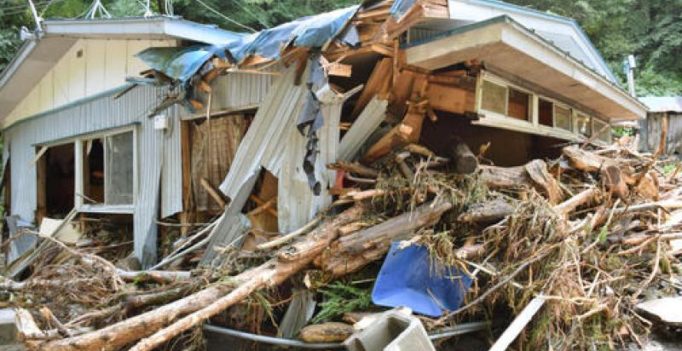 The typhoon tore through the region, dumping torrential rain over a wide area, stranding communities, with roads and bridges destroyed or blocked, officials said. (Photo: AP)

Tokyo: 17 people were unaccounted for in Japan Thursday after Typhoon Lionrock tore through the north of the country, leaving 11 people dead and some 1,600 cut off in isolated communities, officials said.

Ten died in the town of Iwaizumi after it was hit by surging river water and mud, with nine of them perishing in a care home for the elderly.

The typhoon, which packed wind gusts of over 160 kilometres (100 miles) an hour landed on Japan’s northern Pacific coast on Tuesday evening.

It tore through the region, dumping torrential rain over a wide area, stranding communities, with roads and bridges destroyed or blocked, authorities said.

“We have 17 people who cannot be reached nor their safety confirmed,” town official Yasuyuki Ishiguro told AFP, adding the number includes those who have been reported as missing, though he did not provide a breakdown.

“We believe many of the 17 are in communities isolated after roads and communications were cut off,” he added.

“A wide area of the town remains inundated with mud and rubble.” he said.

Nine of the town’s 10 dead were found on Wednesday morning buried inside a building of the elderly care facility after water, mud, trees and rubble gushed into it.

Another body was discovered not far from the care home, while another person died in the city of Kuji.

Iwaizumi, with a population of about 10,000, failed to issue an evacuation advisory near the care home, according to the Iwate prefectural government.

The elderly care facility had also failed to draw up an evacuation plan in the case of flooding, the mass-circulation Asahi Shimbun newspaper said.

The magnitude of the damage that washed away houses and overturned vehicles rekindled scenes from the aftermath of the March 2011 monster tsunami that devastated the Pacific coast. 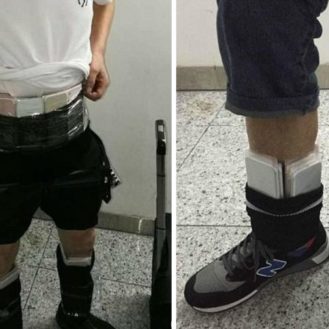