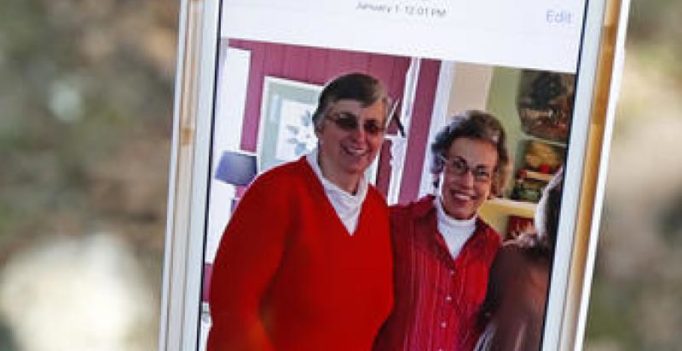 Durant:  Two nuns who worked as nurses and helped the poor in rural Mississippi were found slain in their home, perhaps victims of a break-in and vehicle theft, officials said Thursday.

Authorities would not say if they have a suspect but disclosed that they’d recovered a car missing from the home and were towing it to a crime lab for analysis. They also did not release a cause of death, but the Rev. Greg Plata said police told him the sisters were stabbed.

The nuns were identified as Sister Margaret Held and Sister Paula Merrill, both 68. Their bodies were taken to a state crime lab for autopsies.

The women, both nurse practitioners, were found Thursday morning when they didn’t report to work at a nearby clinic, where they provided flu shots, insulin and other medical care for children and adults who couldn’t afford it.

“They were two of the sweetest, most gentle women you can imagine. Their vocation was helping the poor,” said Plata, who oversees a 35-member Catholic church the sisters attended.

Maureen Smith, a spokeswoman for the Catholic Diocese of Jackson, said there were signs of a break-in at the home and the nuns’ vehicle was missing.
Later, Warren Strain, spokesman for the Mississippi Department of Public Safety, said the blue Toyota Corolla was found abandoned Thursday evening on a secluded street barely a mile from the home, the vehicle apparently undamaged.

He said police haven’t determined when the car was abandoned and it was being towed to the state crime lab near Jackson, Mississippi’s capital city.
Authorities didn’t release a motive and it wasn’t clear if the nuns’ religious work had anything to do with the slayings.

“I have an awful feeling in the pit of my stomach,” said Durant Assistant Police Chief James Lee, who is Catholic.

Police Chief John Haynes said officers are checking video from surveillance cameras in town to see if they spot anything unusual.

Merrill had worked in Mississippi for more than 30 years, according to the Sisters of Charity of Nazareth in Kentucky. She was from Massachusetts and joined the order in 1979.

Two years later, she moved to the South and found her calling in the Mississippi Delta community, according to a 2010 article in The Journey, a publication by the Sisters of Charity of Nazareth.

When asked about her ministry, Merrill was humble.

“We simply do what we can wherever God places us,” Merrill said.

A video on the order’s website detailed her work, interviewing her and her patients talking about the care they had received.

“What really appalls me is over 60 percent of the children live in poverty,” Merrill said.

Earlier in her career, she helped bring a tuberculosis outbreak under control in the region, said Lisa Dew, who managed the Lexington Medical Clinic where the sisters worked.

“They’ll help anybody they can help. They’ll give you the shirt off their back,” she said.

Merrill saw children and adults, and helped in other ways.

“We do more social work than medicine sometimes,” Merrill told The Journey. “Sometimes patients are looking for a counselor.”

After Hurricane Katrina in 2006 left much of the town was without power for weeks, the sisters allowed people over to their house to cook because they had a gas stove.

They were skilled in stretching resources, and routinely produced amazing dishes out of what seemed like a very small home garden, said Sam Sample, lay leader of St. Thomas Catholic Church in Lexington, where the sisters were members.

“These ladies didn’t require any fanfare, any bells and whistles. They would just keep their nose to the grindstone, doing what had to be done,” he said.
The small congregation at St. Thomas typically gathered on Thursday nights for Bible study and a meal.

Held was a member of the School Sisters of St. Francis based in Milwaukee, and its U.S. Province Leadership team issued a statement that members were “deeply shocked and grieved” by the killings. They noted Held had 49 years with the order and devoted herself to “living her ministry caring for and healing the poor.”

Dr. Elias Abboud worked with the sisters for years and agreed to help build the Lexington clinic because “you could feel their passion about serving the people, helping the poor. They loved it.”

Abboud estimated that the clinic provided about 25 percent of all the medical care in the county, which has a population of about 18,000, according to U.S. Census Bureau estimates for July 2015.

The Catholic community in Mississippi is relatively small. Of nearly 3 million people, the diocese said there are about 108,000 Catholics.

The two nuns provided almost all the care at the clinic, and many in the community wondered what would happen to it now – and the people it served.
“I think their absence is going to be felt for a long, long time. Holmes County, it’s one of the poorest in the state,” Dew said. “There’s a lot of people here who depended on them for their care and their medicines. It’s going to be rough.” 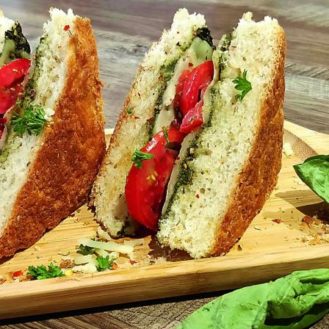 Pesto Tomato Mozzarella Grilled Sandwich There are some of those times, spent with close friends that are forever etched in our memories. Whether it is…