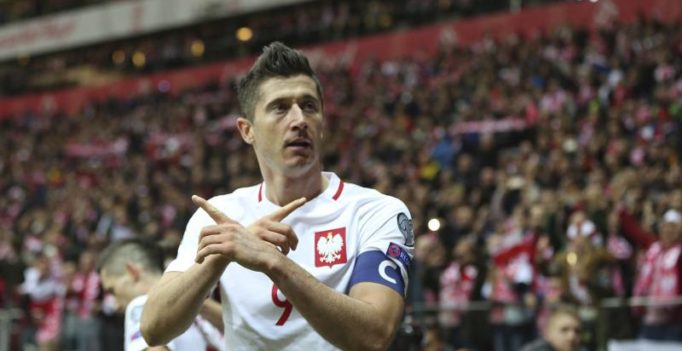 Paris: Robert Lewandowski scored a European qualifying record 16th goal as Poland defeated Montenegro 4-2 on Sunday to reach next year’s World Cup, but Scotland missed out on the play-offs after a 2-2 draw in Slovenia.

Bayern Munich striker Lewandowski struck his 16th goal of the qualifying campaign as Poland recovered from throwing away a two-goal lead in Warsaw to secure a first trip to the World Cup finals since 2006.

Krzysztof Maczynski and Kamil Grosicki struck early as Poland made a dream start, but Montenegro hit back through goals from Stefan Mugosa and Zarko Tomasevic to pull level with just seven minutes left.

Lewandowski restored Poland’s advantage on 85 minutes before a late own goal from Filip Stojkovic sealed victory, although Denmark’s 1-1 draw at home to Romania ultimately rendered the outcome irrelevant.

The Danes needed to win in Copenhagen while hoping that Montenegro could upset Poland to finish top of Group E, but Ciprian Deac’s late equaliser cancelled out a 60th-minute penalty from Christian Eriksen.

However, Denmark are at least assured of a place in next month’s play-offs as one of the eight best runners-up from the nine qualifying groups.

Slovakia face an anxious wait to discover whether they will advance to the two-legged play-offs after finishing second behind England in Group F following a comfortable 3-0 win over Malta.

Adam Nemec grabbed a brace with Ondrej Duda adding a third in Trnava as Slovakia extended Scotland’s 20-year exile from the finals of major tournaments.

Gordon Strachan’s team arrived in Ljubljana two points clear of Slovakia going into the final round of matches, but dropped to third after being held by Slovenia.

Leigh Griffiths stroked the visitors into a first-half lead, but Slovenia equalised and then went ahead as Roman Bezjak netted twice after coming on at the break.

Robert Snodgrass handed Scotland a lifeline with an 87th-minute equaliser, but it wasn’t enough as Scotland finished level on 18 points with Slovakia but behind them on goal difference.

The in-form Kane has now scored nine goals in his last five matches for both club and country.

World champions Germany can round out their successful Group C campaign with a 10th straight win at home to Azerbaijan in their final qualifier in Kaiserslautern. Northern Ireland, second behind Germany in their section, head into their game against Norway in Oslo guaranteed a berth in the play-offs. 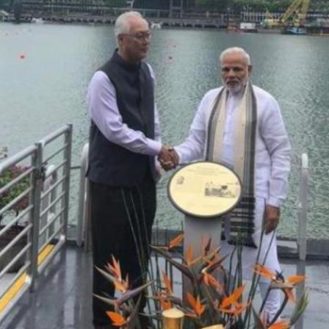