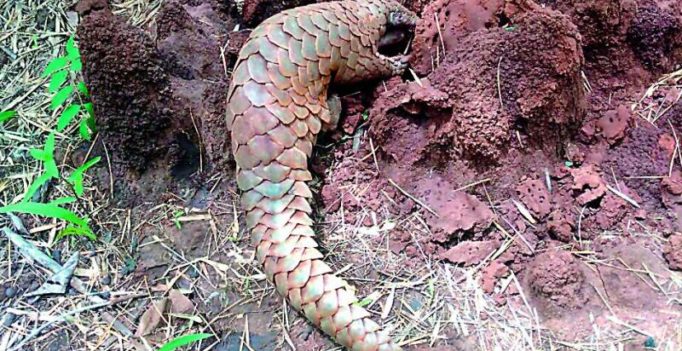 The pangolin rescued from poachers in Tandur, after it was released into the wild.

Hyderabad: The cost of a single pangolin is higher than a sedan as was recently discovered by anti-poaching squad officials of the Telangana Forest Department, who rescued the animal from poachers trying to sell the animal for a price of Rs 15 lakh.

The anti-poaching squad members received a tip off that a gang was trying to sell a pangolin to prospective buyers in Tandur. The forest officials contacted one of the sellers and a meeting was arranged with the gang at Gingurthi village in Tandur mandal. Mallikarjun Naik, Satish Kumar, and Md. Mazharuddin, D. Mahesh and Md. Waheed of the anti-poaching squad posed as buyers.

Mr Satish said, “We demanded that we see the animal first. Once they showed us the animal we pounced on the gang members and nabbed three of them. Two others who were standing afar escaped. The three people we nabbed are under remand and cases under Wildlife Protection Act have been booked, as the pangolin is a Schedule-I protected animal and under AP Forest Act.”

He said the three poachers had been identified as Om Singh from Karnataka, whom the officials had contacted, Riyazuddin and M.G. Chowhan from Tandur. The pangolin was released in the Amrabad tiger reserve, he said.

The pangolin which poachers were trying to sell was a sub-adult weighing around 8-10 kg. The pangolin is an endangered animal which finds good demand in the international market where its scales are used in traditional medicine. 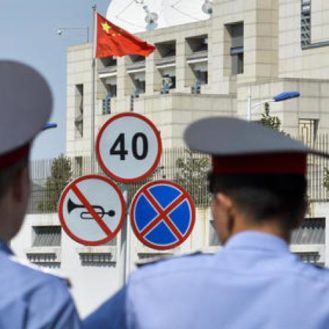