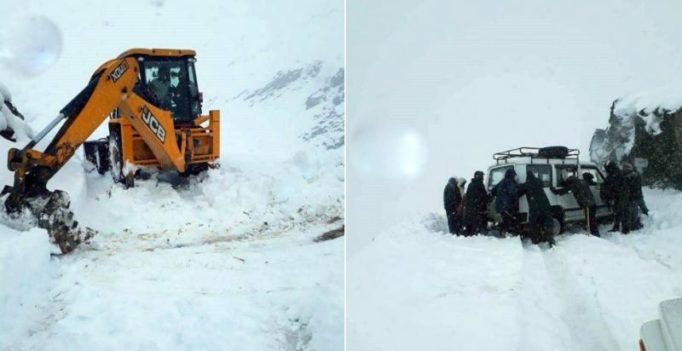 Himachal Pradesh: Snow clearing operations were started earlier on Monday by the district administration on the Highway from Kaza to Gramphu in Lahaul-Spiti district. (Photo: ANI)

Shimla: Forty-five people, including 35 students from Indian Institute of Technology, Roorkee, who had gone trekking in Himachal Pradesh’s mountainous Lahaul and Spiti district are missing after heavy snowfall in the region, news agency ANI reported late on Monday.

Rajvir Singh, father of one of the students, told ANI that the group had gone for trekking to the Hampta pass in Kullu and were supposed to return to Manali, the popular tourist hub. However, they have been unable to contact the group so far.

At least five people were dead and a thousand others were left stranded as Himachal Pradesh continued to witness heavy rains and snowfall.

Four people, including a girl, died in Kullu, while a man died in Kangra district as heavy rain triggered flash floods and landslides in many parts of the state Monday, officials.

Schools have been directed to remain closed in Kangra, Kullu and Hamirpur districts on Tuesday as a precautionary measure, they said.

As the water level in rivers and streams increased following the incessant rain, a man was swept away by the swelling Nahad Khad (rivulet) in Kangra, the district administration said.

Several houses were also swept away in flash floods as the Beas is flowing at a dangerous level, Forest Minister Govind Singh Thakur said, cautioning people against going near rivers and nullahs.

The district administration has sounded a “high alert” in Kullu where initial loss of property in recent rain has been estimated at over Rs. 20 crore.

All adventurous sport activities, including paragliding, have been banned in Kullu, where initial loss of property in recent rains has been estimated at over Rs 20 crore.

Hamirpur, Kangra and Kullu officials have ordered all government and private schools and colleges to be closed for the second consecutive day on Tuesday.

The Ravi river is flowing at a dangerous level, and people are being evacuated from low-lying areas since Sunday, Superintendent of Police Monica Bhutunguru said.

A number of roads in various districts have been blocked due to landslides, and water and electricity supplies have been adversely affected in several areas, the officials added.

The weatherman further said that light to moderate rainfall would occur at scattered places over the mid and the low hills and at isolated places over the higher reaches of the state on September 25, and thereafter, the weather would almost be dry. 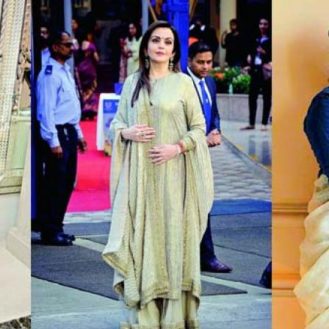