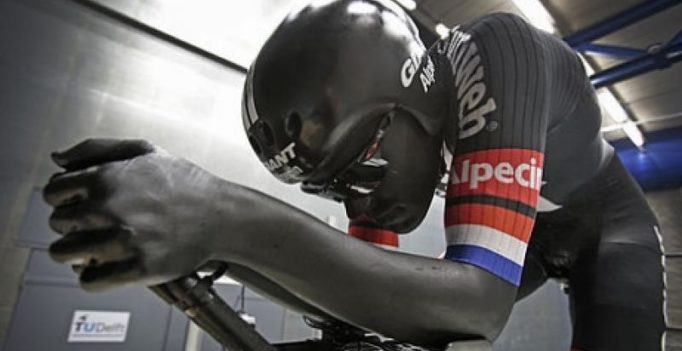 The mannequin was then dressed in a series of skinsuits made of various fabrics and placed on his bicycle saddle, where it underwent tests in the university’s wind tunnel. (Photo:3DPrint.com)

By printing a 3D mannequin of leading international cyclist Tom Dumoulin and testing a series of skinsuits on his replica inside a wind tunnel until they found the perfect fit, researchers at TU Delft believe they can help Team Giant-Alpecin win gold at the UCI Road World Championships in Doha.

Olympic silver medalist Tom Dumoulin is confident of winning a gold medal in the men’s time trial at the UCI (Union Cycliste Internationale) Road World Championships in Doha on October 12 – and the leading cyclist has a secret weapon.

A skinsuit worn by the Dutchman was developed by researchers at Delft University of Technology (TU Delft), in conjunction with his team, Team Giant-Alpecin, using an unusual technique.

The inter-disciplinary team from TU Delft scanned Dumoulin’s body using photogrammetry, before 3D printing a full-sized replica mannequin of his body in classic riding posture. The mannequin was then dressed in a series of skinsuits made of various fabrics and placed on his bicycle saddle, where it underwent tests in the university’s wind tunnel.

Dr Jouke Verlinden, of TU Delft’s Faculty of Industrial Design Engineering, led the development of the mannequin, which first involved placing 150 DSLR cameras in a room and programming them to each simultaneously take a single image of Dumoulin sitting absolutely still on the cycle.

Verlinden told Reuters: “You really want to have someone like that fixed in the right position and you need to have an instant 3D scan of that. We used a system based on photogrammetry, so taking a lot of pictures with a high-resolution camera, an SLR camera, and we had a rig with 150 of these cameras which took one picture completely at the same time, and from that we could reconstruct a 3D model.”

The mannequin was constructed using an inexpensive 3D printing method. This consisted of turning two household 3D printing machines on their head, so they could print up to two meters high, producing Dumoulin’s replica in eight separate parts. It took a total of 50 hours to print, before each part was attached via simple pin-and-hole joints.

“It (the printer) uses plastic wire, which is extruded like a glue gun and then it’s being drawn on the flat surface below, at a tenth of a millimeter or less, and in that way layer by layer you draw these kind of plastic curves,” explained Verlinden.

The suit was originally made for Dumoulin’s participation in this summer’s Tour de France and Olympic Games in Rio. Speaking before the two events, he explained his hopes for the skinsuit. “In cycling, and especially in time trialling, it’s about seconds, and even if we get only a little difference with a faster suit it will make a big difference maybe in the result,” he said.

Unfortunately, an accident meant Dumoulin had to withdraw from the Tour at stage 19, but his Olympic performance was a happier experience, with him finishing second in the time trial behind Fabian Cancellara.

“In order to go faster aerodynamics is very important, it’s up to 90 percent of the total resistance that the guy has to overcome – and the roughness of the fabric is very important in order to reduce drag,” he said. “One may think that in order to go faster the surface must be very smooth. This is, in fact, not always the case. In some cases some roughness can help the guy to go faster because it energizes the flow close to the surface. So it allows the flow to close on the back and therefore to reduce the aerodynamic drag.”

“In the wind tunnel we can have a very controlled environment, very specific flow velocity. Particle Image Velocimetry, is a particular technique that we have developed at TU Delft, in which we introduce small particles in the flow, we illuminate them by means of a laser and we take images of these particles – and by measuring the displacement of these particles at two time instance we can determine the velocity field and therefore the pressure and finally the aerodynamic drag,” he said.

Dr Daan Bregman, of the TU Delft Sports Engineering Institute, said the same techniques could be used to test other parts of Dumoulin’s equipment.

“We want to use this mannequin to test more aspects of his aerodynamics,” said Bregman. “For example, which helmet should we use, can we use the same time trial suit when it’s raining or maybe we should use something else. So it gives us loads of opportunities to test all the things we want without having Tom Dumoulin here in the wind tunnel.”

Bregman added that the project’s multidisciplinary nature had been of enormous benefit to the project.

Teun van Erp, the scientific consultant for Team Giant-Alpecin, was involved in the testing program, and is hopeful the innovative skinsuit could help Dumoulin win gold in Doha. “We hope that with ten or fifteen seconds extra gain we have with the suit he will win the gold medal,” he said.

The TU Delft team believes similar tests could be conducted on suits worn by speedskaters and swimmers, where drag is also an important element of sporting performance. 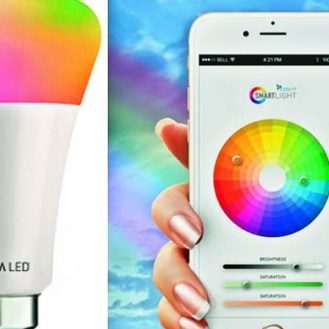