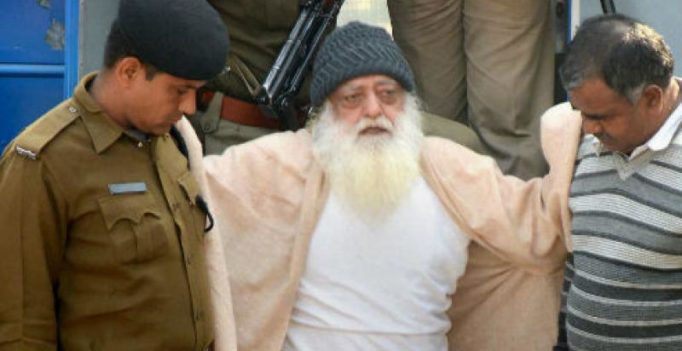 Asaram was arrested in Indore and brought to Jodhpur on 1 September, 2013. (Photo: PTI/File)

Jodhpur: In a much-awaited verdict, the Jodhpur Schedule Caste and Schedule Tribe Court on Wednesday convicted self-styled godman, Asaram Bapu and two others accused of raping a teenager at his ashram near here in 2013.

Two attendants of Asaram were acquitted by the Jodhpur court in the case.

In the case registered in Rajasthan, a 16-year-old girl from Shahajahanpur of Uttar Pradesh had accused Asaram of raping her at his ashram in Manai village near Jodhpur on the night of August 15, 2013.

Asaram was arrested in Indore and brought to Jodhpur on 1 September, 2013. He has been under judicial custody since September 2, 2013.

After the conviction, Asaram’s spokesperson Neelam Dubey said that after discussion with their legal team a future course of action will be decided.

Hailing the verdict, the victim’s father said that the family had finally got justice.

“I want to thank everyone who supported us in this fight. Now I hope he will get strict punishment. I also hope the witnesses who were murdered or kidnapped get justice,” he said.

Asaram was taken into police custody in August 2013, following which he was taken to Jodhpur Central jail. A month later, a potency test was conducted on him and was produced before a Jodhpur court.

In November the same year, the chargesheet filed against Asaram and four others — Shiva, Shilpi, Sharad and Prakash — had indicated blackmail in exchange of sexual favours, after which the former was booked under Sections 342, 376, 506 and 509 of the Indian Penal Code, and Section 8 of the Protection of Children from Sexual Offences Act (POCSO).

While the self-styled godman has filed a number of bail petitions, a total of 12 applications were rejected by the trial court, the Rajasthan High Court, and the Supreme Court.

Asaram is also facing a rape case in Surat in Gujarat in which the Supreme Court earlier this month gave five weeks time to the prosecution to complete the trial.

Two Surat-based sisters had lodged separate complaints against the self-styled godman and his son Narayan Sai, accusing them of rape.

Previously on Tuesday, the Centre asked Rajasthan, Gujarat and Haryana to tighten security and deploy additional forces ahead of the verdict. 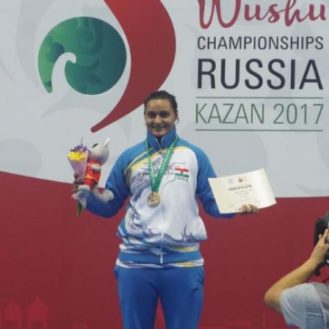