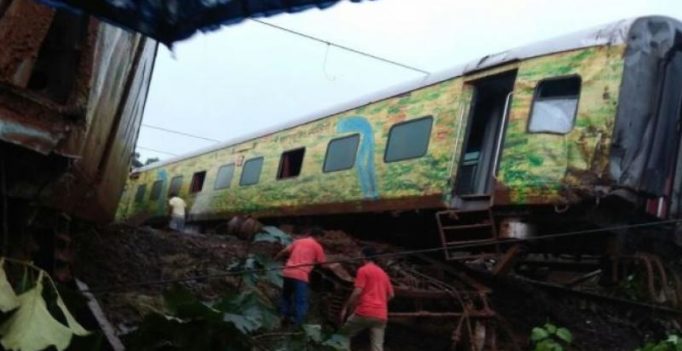 Adding to the list of train derailments in the recent past, five coaches and engine of Nagpur Mumbai Duronto Express derailed on Tuesday. (Photo: ANI | Twitter)

No passenger was reported to be injured in the incident, Sunil Udasi, chief PRO of the Central Railway, said.

The accident took place around 6:35 am near the Asangaon railway station. Six coaches of the train jumped the tracks, another railway official said.

“Our rescue team along with the Accident Relief Train with engineering staff is reaching at the spot,” he said adding that traffic on the route is affected due to the derailment.

The official said a team of doctors has reached the spot and they are working on war footing to reach out to the stranded passengers and offer relief and restore the railway traffic on the route.

He said further details are awaited.

“At least six coaches along with the engine slipped out of the tracks. We could not understand what happened. Few people were stuck in the washrooms and were rescued by fellow travellers breaking glasses of the windows,” Justin Rao, an eye witness, said.

He said the incessant rains increased their difficulties as no relief team could reach them even after one-and-a-half hour of the incident.

This is the third derailment incident in the country in a period of 10 days.

Fourteen coaches of the high-speed Utkal Express jumped the tracks on August 19, with one of them crashing into a house adjacent to the track near Khatauli in Uttar Pradesh’s Muzaffarnagar district, claiming 23 lives and over 60 injured.

On August 25, six coaches of the Andheri-bound local train derailed in Mumbai, injuring six of its passengers. 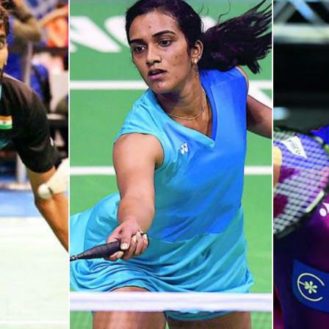 Olympic silver medallist shuttler P.V. Sindhu with her coach Pullela Gopichand waves to the cameras during their reception at the Gopichand Academy in Hyderabad. (Photo:…