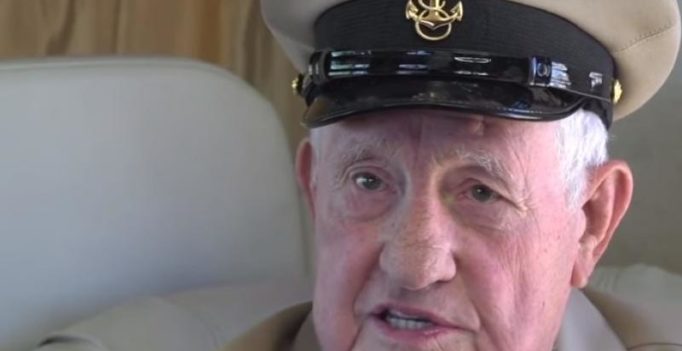 After celebrating his 93rd birthday on Friday in Brunswick, Georgia, Ernie Andrus has become the oldest person ever to run across the country from the Pacific to the Atlantic. (Credit: YouTube)

Washington: In an astonishing feat, a 93-year-old World War II veteran has completed an over 4,000-km run across the US, becoming the oldest person to run from the Pacific to the Atlantic.

After two years and 10 months, Ernie Andrus completed the final leg of his amazing run across the United States on Saturday when he made it to the beach on St Simon’s Island in Georgia. Surrounded by hundreds of people, including family members and friends he made in the past two years and 10 months,
Andrus finished his journey, with the crowd waving American flags and cheering “Ernie! Ernie! Ernie!”

Andrus had been running at a pace of a half-marathon to a marathon per week since October 7, 2013. After celebrating his 93rd birthday on Friday in Brunswick, Georgia, he has become the oldest person ever to run across the country from the Pacific to the Atlantic, according to AL.com.

Among those who ran the final leg with him were John Williams and Michelle Crosby, who met Andrus when he ran through Madisonville last year. They accompanied him on 15 legs of his journey, including his trek through Mobile in
February, and have helped him with police escorts along the way.

“He got too far for us past Mobile. Yesterday was our first time to see him since Mobile. We’re glad to be back,” Crosby was quoted as saying. Andrus, who served as a medic in the US Navy during World War II, had been running to raise funds for the LST-325 (a decommissioned tank landing ship of the US Navy), the last remaining LST, which has close ties to Mobile, Alabama.

Andrus’s goal is to raise money to return the LST-325 ship from its present port in Evansville, Indiana, to Normandy, France, for the 75th anniversary of the D-Day landing in 2019. He was one of the 28 sailors who brought the ship from Crete, Greece, to Mobile in 2001. He married his third wife aboard the ship when it was in Mobile.

Now that coast-to-coast journey is done, he is off on a new adventure. He plans to drive his motor home to Alaska to visit his stepdaughter. 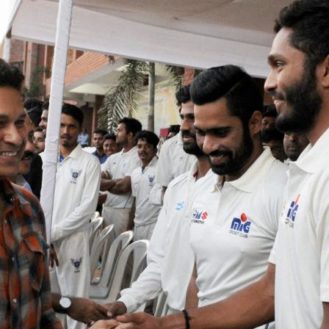 6 top wildlife safaris in India. (Photo: Pixabay) New Delhi: Safari in the natural forest is expedition to observe the wildlife in its natural habitat….