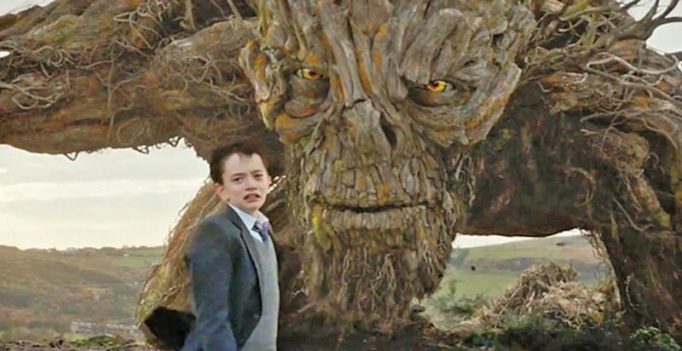 Lewis MacDougall as Conor in A Monster Calls

A Monster Calls is a movie based on Patrick Ness’ novel of the same name. The story is that of how a monster (Liam Neeson) helps a young boy named Conor (Lewis MacDougall) deal with bullying and his mother’s (Felicity Jones) terminal illness. It balances dark themes with fantasy to make for a moving journey.

On the film
Lewis: The novel was what made me want to get the part, because I saw what a great story it was and how it could help people.  Three years ago, my own mother passed away from multiple sclerosis. That helped me connect and empathise with my character Conor, although the two circumstances were different.

The most difficult scene was probably the nightmare scene at the end. I’d almost get frustrated with myself for not reaching that level of emotion, but it helped me get there.  I like drawing just like my character, it’s an escape from reality.

Felicity: I was completely blown away by the script. I read the book and found it an emotional punch in the gut. I loved the fantasy elements, and how it also told a human story about difficult emotions. From the very beginning Sigourney Weaver, Lewis MacDougall and I bonded very quickly.

Liam: I was captivated by the story. There wasn’t a frame I would have changed in that film. I’m a big fan of myths and legends. It’s a movie about how we need to find a truth and express a truth and how we need fantasy to understand reality. You will come away feeling inspired by the story and it really stays with you.

On playing their characters:

Felicity: Everyone has in some way been affected by someone’s illness. So, it was personal for all of us making this film. I remember being in tears after I finished reading it. It didn’t try to sugarcoat anything. I didn’t want the character to become a cliché, I wanted to find her edges. It was about filling out that character who was only described as ‘mum’. I spoke to women who had gone through chemotherapy and did a lot of research into how that affects someone’s physicality and emotionality. All they’re trying to do is be strong, because they do not want their illness to define them

Liam: I remember when J.A. Bayona showed me the bust of what he wanted the creature to look like, the Monster’s nose was broken in some places. I thought it would be fun to match his voice, as well as the way he breathes. I’ve been kind of doing voicework since I turned professional in Northern Ireland in 1975-76. When I moved to London, I did some BBC radio plays and narrated documentaries. I’m not saying I have the best voice in the world, but sometimes it lends quite well to certain projects.

Liam:  It was a very interesting process and very difficult for the first day because you’re in a onesie with ping pong balls attached to you. But the process itself didn’t interfere with our acting and interaction with Bayona, which was very intense and very intimate.  For Bayona, it’s always about the human heart, the emotions between children and adults.

On working with each other
Lewis: I really respect them because they treated me as their equal despite being way more experienced than I am. Working with J.A. Bayona and actors like Liam Neeson, Felicity Jones and Sigourney Weaver, inspired me to reach the levels they’ve had got to.

Felicity: I’m not a mother myself, so I had to understand that dynamic. The parent-child relationship is tough love, so I was keen to show her in all her complexities. I was keen to show the characterizations of how the illness changes her. Lewis is a true actor. He takes it very seriously, is devoted and works incredibly hard.

Liam: Lewis is very special. I’ve never experienced that type of acting before by anyone, especially from a child. Lewis was 12 when we filmed the movie two years ago, and sometimes I would walk away thinking, this kid’s amazing. It was like he was going through Hamlet with the emotional things he had to do for this film. I felt protective of him while filming. Hopefully my acting, especially with Lewis, was informed by the fact that I’m a father of two boys. 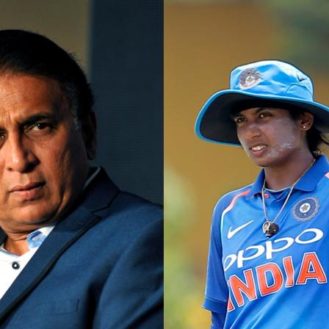