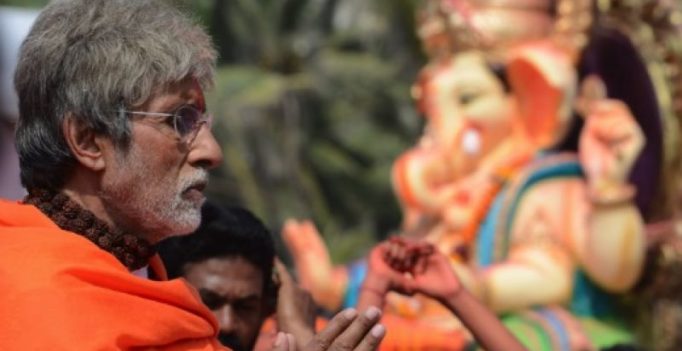 Mumbai: Amitabh Bachchan, who is currently shooting for the third instalment of ‘Sarkar’ franchise, has yet again shared some intriguing pictures from the set.

In a recent tweet, a humble Big B joins his hand and offers his prayers to the Almighty with a mammoth Ganesha idol at the backdrop. In another picture, he is seen gazing at the setting sun.

Amitabh captioned the pictures as: ‘And the prayers continue for SARKAR 3 .. as does the setting sun …’ 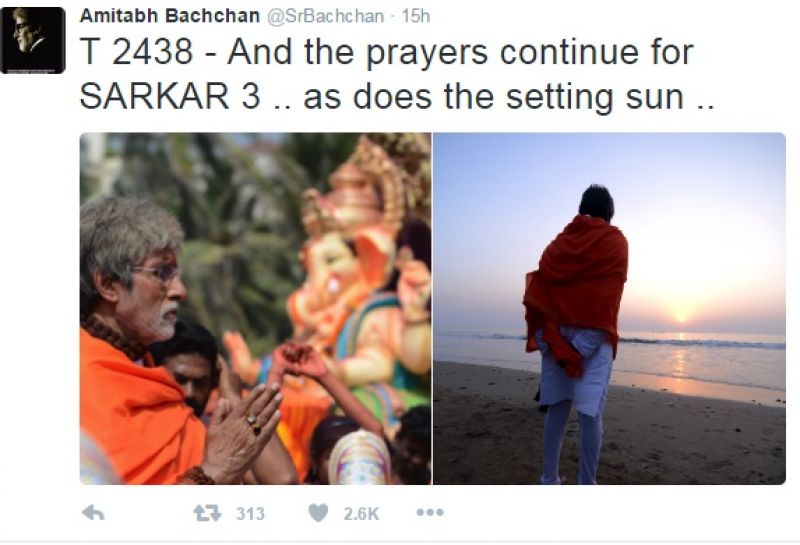 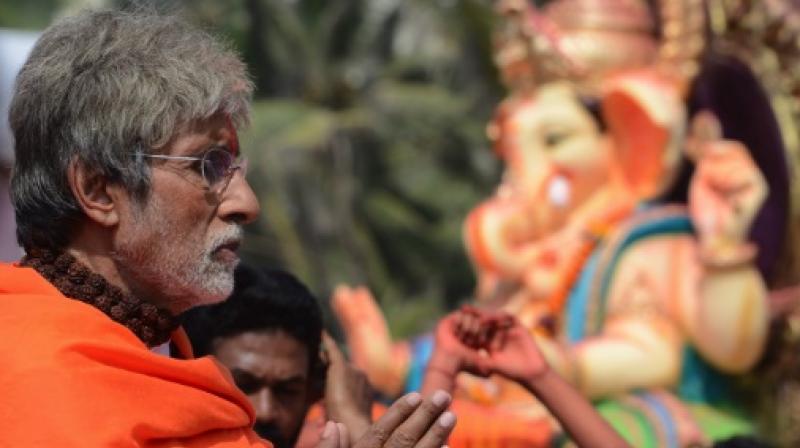 These pictures bring out his powerful persona and earnest devotion towards the Deity.

The actor will be seen reprising his role from the prequels in the film, helmed by Ram Gopal Verma.

The actor, who has been filming for his on-screen return as Subhash Nagre, the intimidating political bigshot from Ram Gopal Verma’s ‘Sarkar’ franchise, has been dedicatedly filming for part three.

The film, which has Manoj Bajpayee, Jackie Shroff, Ronit Roy, Amit Sadh and Yami Gautam sharing screen-space with Big B, won’t see Abhishek and Aishwarya Rai Bachchan returning to reprise their respective roles from the prequels.

Whiel the first look of the lead characters had been revealed, prviously, director Ram Gopal Verma, took to Twitter, to share a behind-the-scenes picture of him indulging in an intense conversation with his megastar protagonist.

And the pictures have the actor looking intimidatingly sinister, much in sync with his much acclaimed character from the franchise.

In the film, Yami Gautam plays the role of Annu Karkare, who wants to take revenge on ‘Sarkar’ for killing her father, whereas Manoj Bajpayee plays Govind Deshpande, a very cranky and slightly violent version of Arvind Kejriwal.

The film, slated for a 2017 release, will see Jackie Shroff as the main antagonist.

Expectations are sky high from this film, and fans are sure a back-on-home-turf Ram Gopal Verma won’t disappoint. 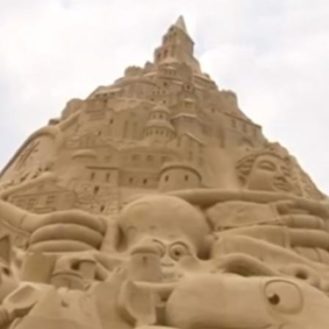