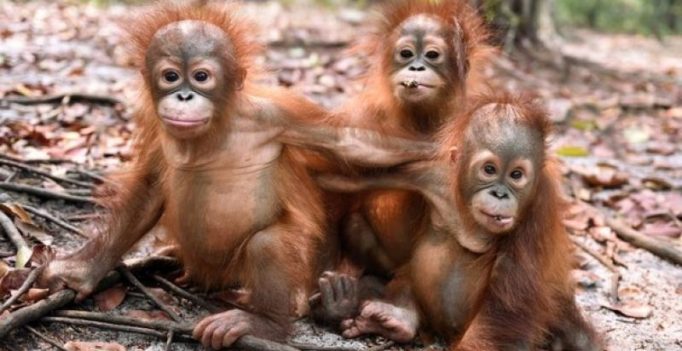 “I think they still have a chance, but if the forest is gone, it will be difficult” (Photo: AFP)

Ignoring the shrieks of his rowdy, wrestling classmates, baby orangutan Otan practises swinging alone at his “jungle school” on Borneo island, switching hands and hanging upside down as he builds confidence high above the forest floor.

The three-year-old is learning to fend for himself since being found wandering a palm oil plantation, alone and suffering smoke inhalation, at the height of fires last year that razed huge swathes of rainforest in Indonesia’s part of Borneo.

Otan and the other orphans must build nests, find food and avoid predators — especially man — to prove they’re ready to “graduate” and return to the wild, but life in the real world has never been more perilous for these primates.

Last month, for the first time in history, Bornean orangutans were declared critically endangered — one step away from total extinction.

Experts warn these majestic tree dwellers — who could once cross Borneo without ever touching the ground — could vanish entirely from the island within 50 years as the ancient rainforest they’ve inhabited for centuries is felled and burned at alarming speed.

“When you see them, it’s really sad. They’re supposed to be with their mothers in the wild, living happily, but they’re here.”

The 101 orangutans under Budi’s care — including the 16 playful infants — are the lucky ones, rescued near death and nurtured back to health with baby bottles in a tranche of protected forest outside the city of Ketapang.

But hundreds of thousands of their kin have died in the past four decades across Borneo, slaughtered by hunters, burned in land-clearing fires or starved to death by habitat loss.

Rampant logging and the rapid expansion of commercial-scale paper and palm oil operations across the island has reduced the species’s habitat by at least 55 percent in two decades, says environmental group WWF, driving them into ever-closer contact with humans.

The result has been wild orangutan populations in freefall. In the mid 1970s, nearly 300,000 of these great apes roamed Borneo. Today, just a third of that number remain.

The International Union for the Conservation of Nature — which changed the species’s threat level to critical — estimates a mere 47,000 will be left in the wild by 2025.

Those working at the coalface are under no illusions that efforts to arrest this decline have not succeeded, said Chris Wiggs, a conservation adviser at IAR’s forest outpost in Ketapang.

“I think people on the ground working in Borneo have known for a long time that the orangutan situation was pretty desperate,” he told AFP, as a wheelbarrow of baby orangutans passed on its way to the nursery.

The number of great apes at the centre has grown nearly tenfold since 2009 as ever-increasing amounts of forest is cleared by industry.

Two of the school’s newest pupils are Vijay and Moli who were found without their mothers near burned land.

They are the victims of fire, an annual scourge that’s evolved into a major threat to the future of the species.

Every dry season across Indonesian Borneo — an island shared with Malaysia and Brunei — fires are illegally lit by land owners to quickly and cheaply clear forest for new plantations.

The fires often get out of hand, tearing through forest and smouldering relentlessly on Borneo’s compact, carbon-rich peatlands.

Last year’s blazes were among the worst on record.

Conservationists fear a repeat disaster of that scale would ring the death knell for the Bornean orangutan.

“I think we’re all pretty scared… whether the species can take another hit like that,” Wiggs said.

This month an Indonesian company linked to the 2015 fires was slapped with a $80 million fine — a record for slash and burn activities, a spokesman for the environment minister said.

Indonesian President Joko Widodo in April proposed a halt on granting new land for palm oil plantations, urging producers of the edible oil to use better seeds to increase their yields.

“We need to restore and rehabilitate our peatlands, and fix past mistakes,” Sustyo Iriono, the head of the government’s conservation agency in West Kalimantan, told AFP.

Budi and her colleagues remain optimistic, teaching orangutans like Jack — a mischievous, attention-seeking seven-year-old — to forage by hiding peanuts and honey inside plastic balls high in the treetops.

But she frets her young charge will never get the chance to prove his independence in the wild, as Borneo’s lowland forests shrink ever smaller.

“I think they still have a chance, but if the forest is gone, it will be difficult,” she said. 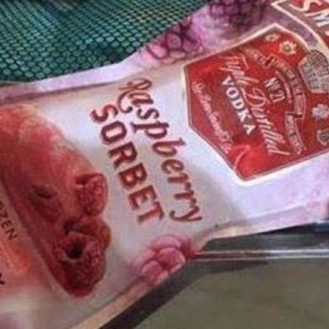