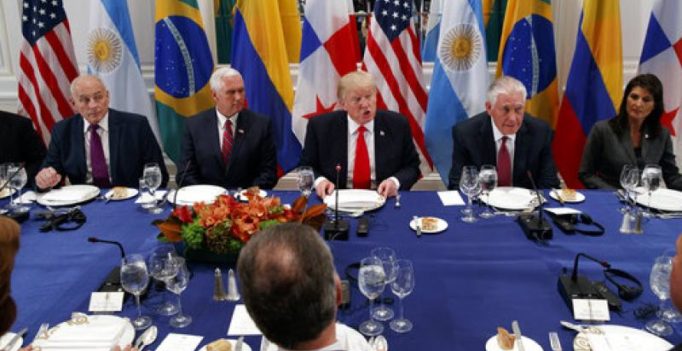 United Nations: It’s been dubbed the Super Bowl of diplomacy, the Oscars of world statesmanship: the UN General Assembly kicks off on Tuesday with US President Donald Trump in the spotlight as he makes his first address to the 193-nation body.

Here are a few fun facts about this year’s gathering:

At the rostrum for the first time will be Trump as well as France’s Emmanuel Macron and UN Secretary-General Antonio Guterres, who has been in the top job for nine months.

Every year, the name of a country gets pulled out of a box to determine the alphabetical order of the seating arrangement.

This year’s winner was the Czech Republic, which means the Democratic People’s Republic of Korea, as North Korea is formally known, got the second seat in the front row.

– Beef and potatoes for lunch –
Are UN cooks pandering to Trump’s love of meat? One glance at the menu for the state luncheon on Tuesday and the question does comes to mind.

The starters include roasted chanterelle mushrooms, haricots and grilled stone fruit served on a bed of lettuce.

The power lunch in a UN meeting hall will be crowned with a selection of chocolate mousses, fresh raspberries and passion fruit coulis.

A French Sancerre wine will be served at the start, followed by a California Cabernet Sauvignon and — in a nod to Guterres’ native land — there will be a 40-year-old porto from Portugal on offer at the end.

Trump will be seated next to Guterres during the luncheon.

– New York traffic mayhem –
For New Yorkers, the annual week-long UN General Assembly means traffic chaos as thousands of police are deployed and streets are shut down to make way for presidential motorcades.

Hotel prices are also at a premium.

Trump is staying at his Manhattan Trump Tower, which means that area is on lockdown. 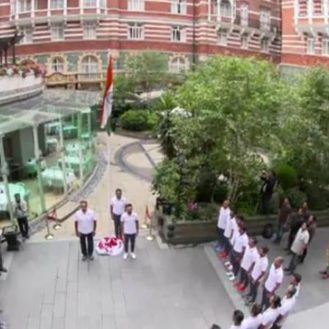