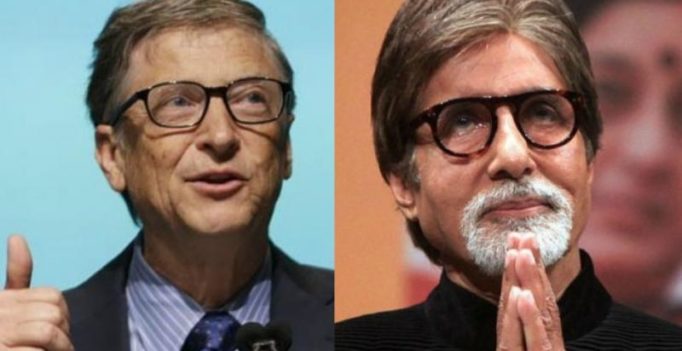 Before praising Amitabh Bachchan, Bill Gates has often expressed opinion on other issues related to India.

The 75-year-old actor, who became the UNICEF goodwill ambassador for the polio eradication campaign in India in 2002, was praised by the entrepreneur-philanthropist for an opinion piece he wrote highlighting India’s journey in becoming free from the disease for the past four years.

“Real-world superheroes rarely make the headlines. But what if that wasn’t the case? A stirring piece by Bollywood actor @SrBachchan,” Gates, 62, wrote on Twitter and shared the link to the story.

To this Bachchan replied that he was just the “face” of the programme and it is the countless unknown on-ground force of people who deserve the limelight for the efforts.

“Thank you Mr Gates for this acknowledgement.. the worker is the one who deserves the highest award for the eradication of making India Polio free .. we may have the face and means, but the workers do the “WORK”… I salute them!” he wrote.

India was declared polio-free in 2014 by World Health Organisation (WHO).