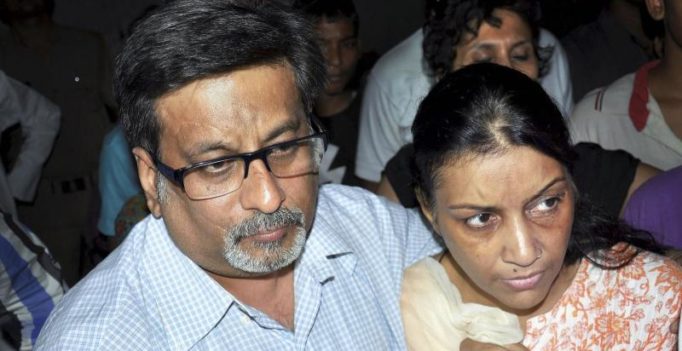 The dentist couple, Nupur and Rajesh Talwar, were on Thursday acquitted in the double murder case of their daughter Aarushi and maid servant Hemraj in Noida in May 2008. (Photo: PTI)

New Delhi: The dentist couple, Nupur and Rajesh Talwar, on Thursday waited anxiously in Dhasna jail for the Allahabad high court verdict which let them off in the double murder case of their daughter Aarushi and maid servant Hemraj in Noida in May 2008.

All through the day, jail sources said, Dr Talwar kept himself glued to the TV set by flipping news channels to get the latest updates on his petition challenging the conviction order of the special CBI court, his wife was seen offering prayers in her barrack.

The dentist couple, it is reliably learnt, broke down when the news channels flashed that they had been let off by the two-judge bench of the Allahabad court.

“Tears rolled down from Rajesh Talwar’s eyes. He did not speak to anyone for some time,” a jail official told this newspaper.

“Same was the case with Nupur. She, too, broke down when she came to know her appeal has been accepted by the division bench.”

Dhasna jail superintendent DR Maurya, who visited Rajesh, said, “When we went to meet him, he hugged me and burst into tears. He said that justice has been delivered. Now, we are waiting for the certified copy of the verdict to start the release process of the dentist couple. We have done all other arrangements. They will be escorted under security to their home in Delhi.”

Outside Dhasna jail, one could spot crews of several TV news channels with the hope that in case Talwars were released, they could hear a word or two from them. But all in vain as the jail authorities informed them that the couple would be released only after seeking due permission of the court on Friday.

Soon after the Allahabad court verdict, Aarushi Talwar’s grandfather Group Captain B.G. Chitnis (Retd) V.S.M. told a news channel that he was thankful to the judiciary for giving a positive verdict… “It has been a stressful life since Aarushi Talwar has passed away… I am grateful for the acquittal of Rajesh and Nupur Talwar… Allow us to absorb the news. We always knew they weren’t guilty.”

Vandana Talwar, Aarushi’s aunt, said the entire family had suffered for nearly a decade as the case dragged on. “It was very exhausting and trying…,” she said.

She refused to go into the merits of the case and the judgement.

The high court gave the couple the benefit of the doubt and quashed their life sentence. It upheld the Talwars’ appeal against the CBI court order sentencing them to life imprisonment on November 26, 2013.

Aarushi, was found murdered in her room in Noida on May 16, 2008, and the missing servant Hemraj, 45, was initially suspected of being the killer. However, a day later Hemraj’s body was found on the terrace of the Talwars’ house.

The CBI’s lawyers said they would study the judgment and then decide whether it should be challenged in the Supreme Court or not. It may be recalled that during the trial, the Talwars had raised objections over how the CBI had put together facts to build the so- called circumstantial evidence. Neither of the accused had confessed to the murder, and the murder weapon, allegedly a golf club with their fingerprints on it, was never found.

Though the prosecution had established that the Talwars were present at the house during the murder, it failed to establish that the accused had in any way committed the crime. On the basis of circumstantial evidence, the CBI had argued that Aarushi was killed allegedly by Rajesh Talwar after he found her in a “compromising position” with Hemraj. The CBI alleged Rajesh also killed Hemraj.

The CBI also went on to accuse the dentist couple of tampering with evidence, but again could not come up with any clear evidence connecting them to the murders. Following its failure to prove beyond reasonable doubt that the Talwars were involved in the double murder, the CBI filed a closure report in December 2010.

The CBI court, however, did not accept the closure report and asked the investigative agency to proceed in its probe. In 2013, the CBI court convicted the couple of murder.

It was not only the CBI but also the UP police that was pulled up by the high court for reportedly botching up the crime scene by allowing visitors to walk all over it. The police also did not bother to search the terrace of the house even though bloodstains were clearly visible on the staircase, and announced its honour killing theory even before the investigations were over.

The Allahabad high court was apparently not satisfied with the CBI’s contention, which was not supported by adequate circumstantial evidence, and felt that the couple should be given the benefit of the doubt.

Meer Tanvir Ahmad, counsel for the Talwars, said the court pointed out that there was a “strong alternative theory” in the case. 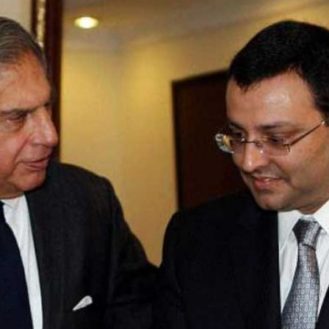