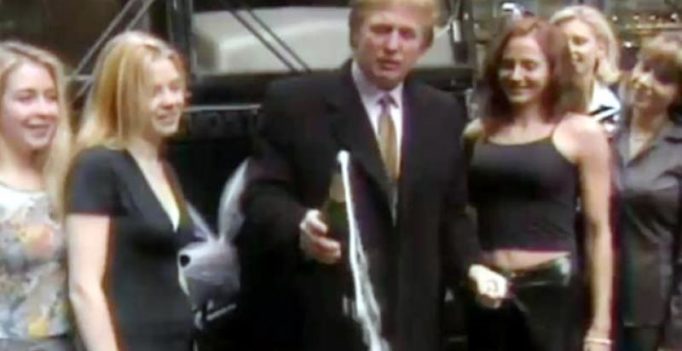 A grab from the playboy video allegedly featuring Donald Trump

Grand Rapids, US: Donald Trump is encouraging voters to check out a “sex tape” featuring the former beauty queen with whom he’s feuding. Hillary Clinton’s campaign is suggesting that a better rental is the adult film in which Trump himself appears.

With the presidential campaign taking a sordid turn Friday, even many of Trump’s supporters shook their heads, worried that their candidate’s latest outburst could further hurt him among female voters already skeptical but whose support he’ll badly need to win in November.

The Republican nominee’s a pre-dawn Twitter tirade tore into the 1996 Miss Universe, Alicia Machado, a Venezuela-born woman whose weight gain Trump has said created terrible problems for the pageant he owned at the time. Clinton had cited Trump’s treatment of Machado near the end of their first debate, and Trump has spent days revisiting his complaints about Machado.

“Did Crooked Hillary help disgusting (check out sex tape and past) Alicia M become a US citizen so she could use her in the debate?” read a tweet Trump posted at 5:30 am, one in a series of attacks on her.

The “sex tape” tweet apparently referred to footage from a Spanish reality show in 2005 in which Machado was a contestant and appeared on camera in bed with a male contestant. The images are grainy and do not include nudity, though Machado later acknowledged in the Hispanic media that she was having sex in the video.

Muddying the waters: an explicit 2000 Playboy video with a cameo by Trump. In a short clip posted on the website BuzzFeed, Trump pours a bottle of champagne on a Playboy-branded limo on a New York street, surrounded by a gaggle of women.

“There’s been a lot of talk about sex tapes today and in a strange turn of events only one adult film has emerged today, and its star is Donald Trump,” said Clinton spokesman Nick Merrill, adding he hadn’t seen the film.

Meanwhile, Trump’s campaign accused the media and Clinton of colluding to set him up for fresh condemnation, to which Clinton retorted, “His latest twitter meltdown is unhinged, even for him.”

Machado herself took to Facebook to say Trump’s tweets were part of a pattern of “demoralizing women,” calling them “cheap lies with bad intentions.” Planned Parenthood said it showed that Trump’s “misogyny knows no bounds.” And Clinton said they showed anew why someone with Trump’s temperament “should not be anywhere near the nuclear codes.”

With less than 40 days left in the election, Trump’s broadside threw his campaign into a fresh round of second-guessing the candidate’s instincts and confusion about what to do next. To believers in traditional political norms, it seemed like the opposite of what was needed to win over females, Hispanics and young Americans whose support could well determine the election.

Shaming Machado over intimate details from her past could be particularly risky as Trump tries to win over more female voters, many of whom are turned away by such personal attacks. It also risks calling further attention to the thrice-married Trump’s own history with women.

What kind of a man, Clinton asked, “stays up all night to smear a woman with lies and conspiracy theories?”

Even Trump’s most vocal allies seemed at a loss for words.

“He’s being Trump. I don’t have any comment beyond that,” said former House Speaker Newt Gingrich, a top supporter. Generally chatty and occasionally critical of Trump, Gingrich said tersely that Trump sometimes does “strange things,” but that Clinton lies. “I’ll let you decide which is worse for America.”

But Trump’s inner circle followed his lead by refusing to concede any missteps. Trump did not mention the tweets Friday evening as he rallied supporters in Michigan. Instead, he returned to Twitter to invoke Clinton’s famous ad from her 2008 campaign portraying her as the best candidate to pick up an urgent call at the White House at 3 am.

“For those few people knocking me for tweeting at three o’clock in the morning, at least you know I will be there, awake, to answer the call!” Trump wrote. 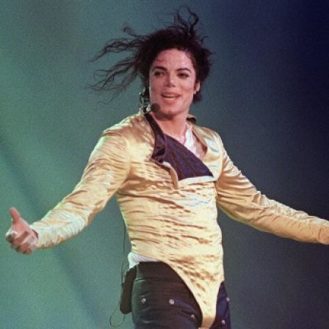