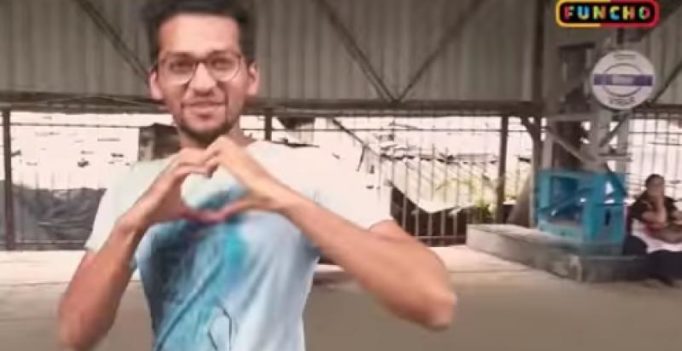 The video, shot by Shyam Sharma (24), Dhruv (23) and Nishant (20) had gone viral on social media after it was uploaded a week ago and had been viewed by over 1.5 lakh people. (Photo: Youtube screengrab)

Mumbai: A local court in Maharashtra’s Palghar district ordered three persons to clean Virar railway station for three consecutive days for posting a video which showed them taking the “Kiki challenge” on a moving train.

The Kiki challenge, started by Canadian rapper Drake, involves jumping out of a moving vehicle and dancing to his song “In My Feelings”.

The video, shot by Shyam Sharma (24), Dhruv (23) and Nishant (20) at Western Railway’s Virar station, had gone viral on social media after it was uploaded a week ago and had been viewed by over 1.5 lakh people.

A senior Railway Protection Force official said that the three were arrested yesterday and produced in the Vasai railway court which ordered them to clean the local railway station for three consecutive days and also inform passengers to desist from stunts like the Kiki challenge.

“The railway court ordered that the three men would clean all platforms of Virar station from 11 am to 2 pm and then, between 3 pm to 5 pm, will create awareness among commuters of the dangers of stunts like the Kiki challenge,” the official said.

“We arrested Shyam Sharma from a mall yesterday and he revealed the whereabouts of the other two, who too were arrested soon after. Sharma has previously worked in television serials while the other two have a channel on YouTube,” the official said.

They had been arrested under sections 145 B (indecency or nuisance), 147 (entering railway premises or damaging property) 154 (endangering safety of passengers) and 156 (performing stunts) of the Indian Railway Act, he said.

These sections entail a jail sentence of up to one year and a fine of Rs 500, the official informed.

Earlier, police from several states have cautioned people against taking the Kiki challenge since it poses a danger to their lives as well as that of others.

“Not just a risk for you but your act can put life of others at risk too. Desist from public nuisance or face the music! #DanceYourWayToSafety #InMySafetyFeelingsChallenge,” the Mumbai police had tweeted earlier against the menace. 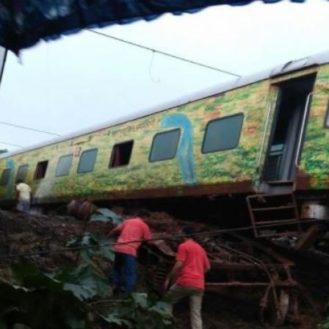