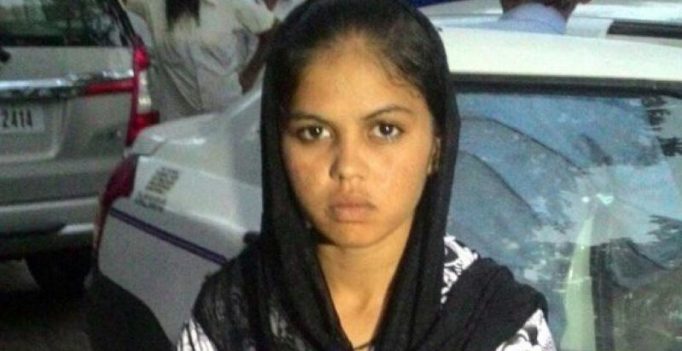 New Delhi: The Delhi government on Monday decided to “relax” its rules and grant admission in its school to Madhu, a Pakistani migrant girl, who has been struggling to secure admission due to lack of required documents. The decision comes after Union External Affairs Minister Sushma Swaraj took note of the reports of Madhu’s struggle to secure admission and raised the issue with Delhi Chief Minister Arvind Kejriwal.

According to 16-year-old Madhu, she had come to India with her mother, siblings, her uncle and cousins two years ago after they fled religious persecution in Pakistan’s Punjab province. After making rounds of Delhi government, co-ed senior secondary school in Sanjay Colony where authorities refused to enrol her in ninth standard as she does not have the necessary documents required to complete the formalities. The migrant girl also wrote to Kejriwal seeking intervention.

Approving the request for her admission, Deputy Chief Minister Manish Sisodia said, “due to peculiar circumstances, the girl is not in possession of any school leaving certificate or date of birth certificate. She wants to study and on humanitarian grounds it is my considered opinion that we need to walk extra mile to accommodate her”.

“To accommodate Madhu’s request, the government can consider relaxing whatever rules and regulations, if they come in way of her joining our school,” Sisodia, who is also the education minister, said in an official order. “Accordingly admission to Madhu may immediately be provided at any of our government schools located in Sanjay Colony, Bhati Mines, Fatehpur Beri, New Delhi. She would also be given necessary books and uniform and we may facilitate whatever is required for the girl to study in our school,” the order further added.

The Twitter account for “Game of Thrones” was also misused. HBO’s troubles are just getting worse as on August 16 night hackers took control of…