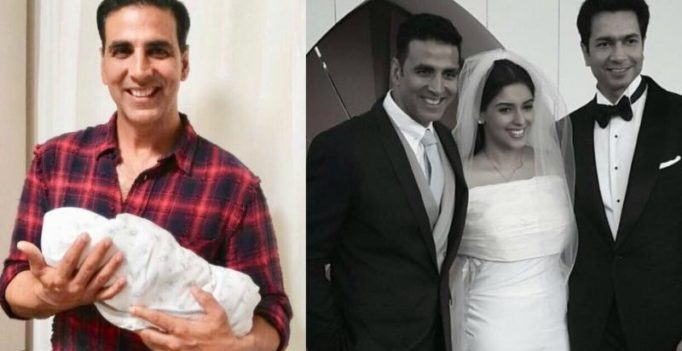 (L) Akshay Kumar with the baby, (R) with the couple on their wedding.

Mumbai: In a season of fresh arrivals, Asin became the fourth actress in the span of 25 days to become a mother after Soha Ali Khan, Celina Jailty and Esha Deol, by announcing the birth of her daughter with Rahul Sharma on Tuesday.

While Esha had announced the news only four days later, sharing a glimpse of the baby only when she was exiting the hospital, Asin and husband wasted no time in making the announcement on the same day itself.

And now, the baby’s first picture is also out.

The glimpse was shared by none other than Akshay Kumar, who had played cupid for the couple.

Akshay was also the Best Man at their wedding in 2016.

Akshay took to Twitter to congratulate the couple and expressed his joy for the arrival of their little angel.

For the unversed, Akshay was working with Asin on ‘Khiladi 786’ and also endorsing the mobile brand founded by Rahul around the same time, which helped him in introduced them to each other. 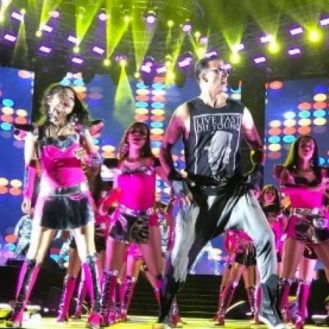