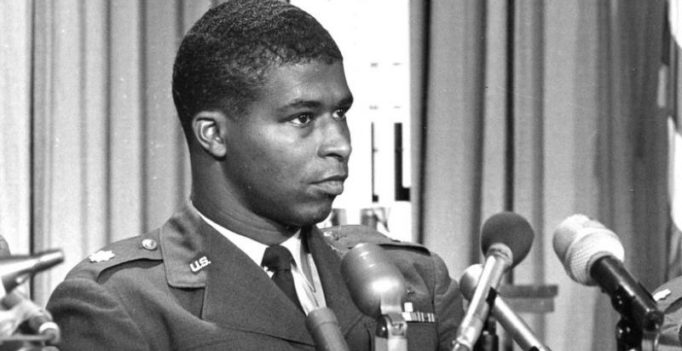 He died when his F-104 Starfighter crashed at Edwards Air Force Base in California. (Photo: AP)

Several hundred people gathered at Kennedy Space Center to commemorate Lawrence, who almost certainly would have gone on to fly in space had he not died in a plane crash on Dec. 8, 1967.

The crowd included NASA dignitaries, astronauts, fellow Omega Psi Phi fraternity members, schoolchildren, and relatives of Lawrence and other astronauts who have died in the line of duty.

Lawrence was part of a classified military space program in the 1960s called the Manned Orbiting Laboratory, meant to spy on the Soviet Union. He died when his F-104 Starfighter crashed at Edwards Air Force Base in California. He was 32.

Astronauts at Friday’s two-hour ceremony said Lawrence would have gone on to fly NASA’s space shuttles and that, after his death, he inspired all the African-American astronauts who followed him.

Like Lawrence, Robert Crippen was part of the Air Force’s program. It was canceled in 1969 without a single manned spaceflight, prompting Crippen and other astronauts to move on to NASA. Crippen was pilot of the first space shuttle flight in 1981.

With a doctoral degree in physical chemistry — a rarity among test pilots — Lawrence was “definitely on the fast track,” Crippen said. He graduated from high school at age 16 and college at 20.

“He had a great future ahead of him if he had not been lost 50 years ago today,” Crippen said.

Another former African-American astronaut, Winston Scott, said his own shuttle rides into orbit would not have happened if not for a trailblazers like Lawrence. In tribute to Lawrence, a jazz lover, Scott and his jazz band serenaded the crowd with “Fly Me to the Moon” and other tunes.

Lawrence’s sister, Barbara, a retired educator, said he considered himself the luckiest man in the world for being able to combine the two things he loved most: chemistry and flying.

Lawrence’s name was etched into the Astronauts Memorial Foundation’s Space Mirror at Kennedy for the 30th anniversary of his death in 1997, following a long bureaucratic struggle. It took years for the Air Force to recognize Lawrence as an astronaut, given he’d never flown as high as the 1960s-required altitude of 50 miles.

The Space Mirror Memorial bears the names of two other African-Americans: Ronald McNair, who died aboard space shuttle Challenger in 1986, and Michael Anderson, who died on shuttle Columbia in 2003.

Marsalis Walton, 11, who drove from Tampa with his father, Sam, came away inspired. He dreams of becoming an astronaut.

“It feels good that everyone has a chance to do anything,” the boy said. 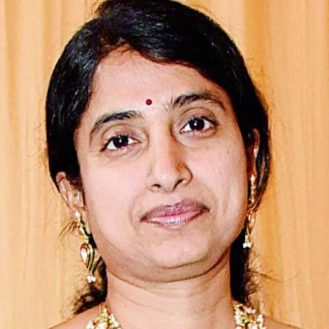