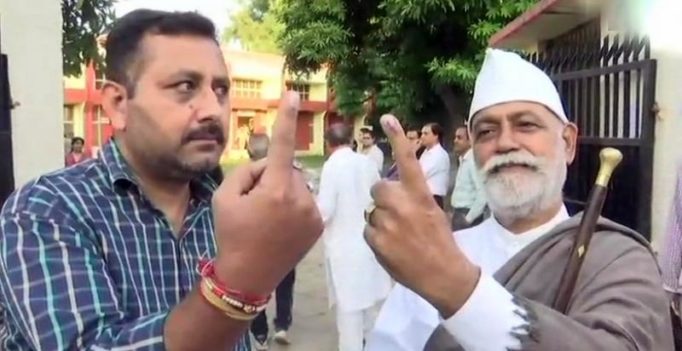 According to the Election Commission, a total of 1,283 candidates are in the fray for the municipal wards today. This time a large numbers of independents candidates are also contesting. (Photo: Twitter | ANI)

Srinagar: Amid terror threats and boycott calls by separatist groups and the two main regional parties, the National Conference (NC) and Mehbooba Mufti-led People’s Democratic Party (PDP), polling for the first phase of municipal elections in 422 of the 1,145 wards began on Monday morning.

Unprecedented security arrangements have been put in place by the state authorities and the election commission, to ensure peaceful polls. Also, all candidates have been provided either cluster security in hotels or individually in the Valley.

The polling began at 7 am and will continue till 4 pm on Monday.

According to the Election Commission, a total of 1,283 candidates are in the fray for the municipal wards today. This time a large numbers of independents candidates are also contesting.

This municipal election is also witnessing two significant firsts — in a major development, first-time electronic voting machines are being used, in accordance with the rules that have been amended in 2016, while the second being the Election commission providing voting by the migrants by means of postal ballots.

Since the migrants continue to be enrolled in the respective assembly constituencies from which the municipal committees or panchayat’s would derive the rolls, therefore the facility will be provided for them to vote.

The counting of votes will be on October 20.

Chief Secretary BVR Subrahmanyam had also announced that the Centre would provide a one-month extra salary to all those government employees who will be on poll duty.

11:01 am: Union Minister Jitendra Singh casts his vote in Jammu during the first phase of local body elections. (Photo: Twitter | ANI)
10:20 am: Heavy security deployed at a polling booth in Baramulla as voting for local body elections is underway. 08:21 am: People queue outside a polling booth in Rajouri to cast their votes in the first phase of urban local body elections. 08:10: People queue outside a polling booth in Gorakh Nagar to exercise their franchise. 08:03 am: Catch the latest visual of voting for urban local bodies at a polling booth in Gandhi Nagar’s Ward no. 2, in Jammu district. 08:00 am: Mobile Internet services have been suspended in south Kashmir in the view of the first phase of urban local bodies elections. Mobile Internet speed has been reduced to 2G in other parts of the Kashmir valley.

07:50 am: Voting began in 11 districts in the first of the four phases of urban local bodies elections; latest vissuals from Ward no. 48 in Jammu.

07:45 am: Polling for first phase of Jammu and Kashmir local body elections begin

Voting began at 7 am for the first of the four phases of  Jammu and Kashmir local body polls. A total of 820 polling stations have been set up in 321 municipal wards for the polls. 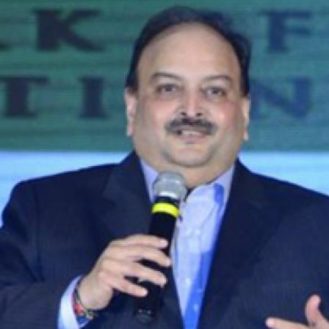