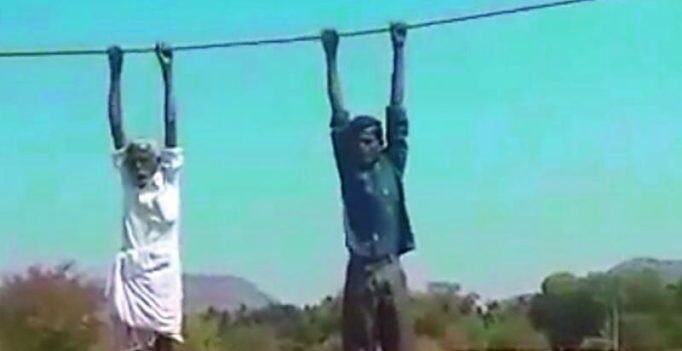 A farmer and his son protest against the laying of high-tension wires through their patch of agricultural land near Melavoy in Madakasira mandal in Anantapur.

ANANTAPUR: A farmer and his son was injured when they were protesting the laying of high-tension wires through their patch of agricultural land near Melavoy in Madakasira mandal on the Karnataka border on Sunday.

The Karnataka State Electricity Board is erecting HT lines between Madhugiri and Pavagada talukas in Tumkur district of that state. The lines pass through Madakasira mandal in Andhra Pradesh.

The powerline was to pass through the land belonging to Mr K. Nabirasool, 65, on the outskirts of Melavoy. He was demanding compensation from the KSEB but his plea had been ignored.

On Sunday, the contractor began erecting the HT line through the fields, including the one belonging to Mr Nabirasool.

Mr Nabirasool and his son Vannor Saheb tried to stop the work and caught hold of the HT wire.

However, the workers continued pulling the line to hoist it on the towers. The father-son duo refused to let go, and were hoisted to a height of 30 ft. Both of them fell after a while. Mr Nabirasool suffered serious injuries while Mr Vannor Saheb escaped with minor injuries. Mr Nabirasool was rushed to Hindupur hospital and his condition was said to be serious. Locals gathered there and demanded action against KSEB officials and contractors.

MLC Gundumala Thippeswamy said the Karnataka officials had taken up the work without settling compensation for the farmers. 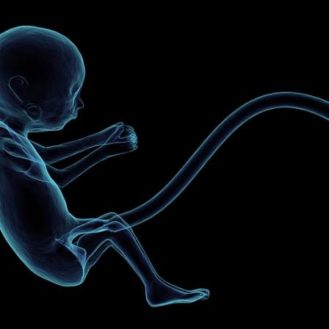