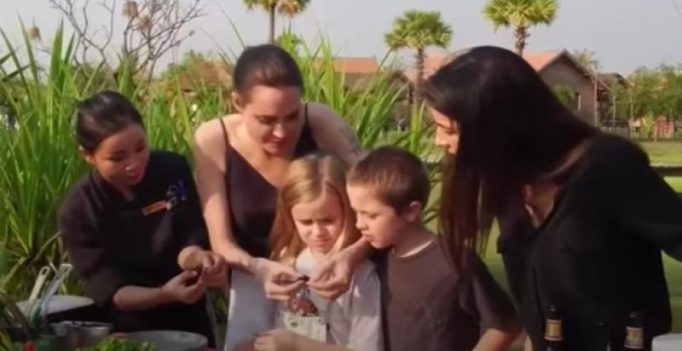 Angelina Jolie teaches her kids about the insects in the video. (Photo: Video grab)

Washington D.C.: Looks like Angelina Jolie and her kids are satisfying their craving with something extremely adventurous.

Gone are the days when Jolie used to serve meat loafs on plate, as she is now happy frying those creepily ‘tasty’ spiders, crickets and tarantulas, reports TMZ.com.

In a recent interview with BBC, filmed in Cambodia, the 41-year-old beauty, other than discussing about some serious issues like politics, her divorce and raising up kids, spoke about the local cuisines with the reporter, which included bugs and insects.

In a video shared on the network’s Twitter handle, the actress was seen teaching her twins, Knox and Vivienne, how to cook spiders.

“See the hard part where you have the teeth? Take the fangs out,” she said.

No stranger to the Cambodian bugs, Jolie further said, “I first had them when I was first in country. Crickets – you start with crickets. Crickets and a beer, and then you kind of move up to tarantulas.”

She was then seen serving the cooked insects on plates for her kids and the reporter.

When the kids were asked about how the bugs tasted, Knox promptly said, like “dry chips. Flavorless chips.” 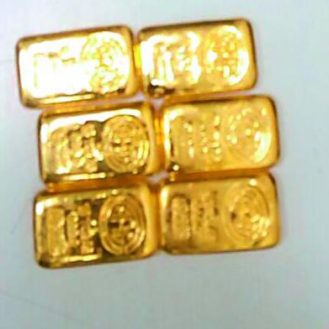