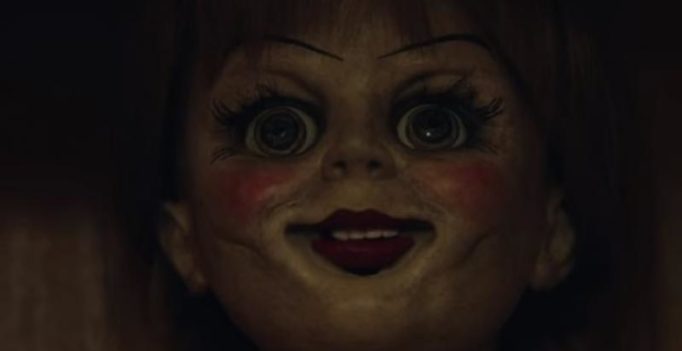 Annabelle’s story began in the 1970s when a mum bought the doll from a hobby shop for her daughter Donna as a birthday gift. (Photo: Youtube screengrab)

The horror movie Annabelle: Creation is here and fans are making no qualms in saying that the film is possibly one of the scariest ones ever made. The fourth instalment in The Conjuring series, it focuses on the possessed porcelain doll that has bewildered occult enthusiasts and movie goers for years.

While, the movie, indeed is very scary, the true story behind the creepy flick is even scarier.

The original doll, which is now locked up in Ed and Lorraine Warrens’ Occult Museum in Monroe, Connecticut, is said to have unleashed a reign of terror on a group of flatmates in a chain of events that ended with a man dying.

Interestingly, the rag doll, with huge black eyes, looks very different from the film’s china doll. However, her story is equally scary.

Annabelle’s story began in the 1970s when a mum bought the doll from a hobby shop for her daughter Donna as a birthday gift.

Donna took the doll back to the flat she shared with her friend Angie and soon began to notice small hand movements.

According to Lorraine Warren, who spoke to The Sun, the doll then began moving around the flat, appearing outside Angie’s room after being placed on Donna’s bed. Soon afterwards, things took a turn for the sinister worst.

It turns out that a close friend of the girls’, Lou, warned them that the doll might be possessed but they did not pay heed to her. Soon notes, reading “Help us” and “Help Lou” in a child’s handwriting, began to appear around the flat.

The girls soon had to call a medium and the medium claimed the apartment was built on the site of a field, where a dead seven-year-old girl called Annabelle Higgins had been found many years before.

When the doll was brought to the apartment, Annabelle’s spirit was apparently in the area and she became fond of the doll, opting to possess it.

The girls kept the doll, feeling sorry for the real Annabelle, but before long Lou was attacked, it is claimed.

A series of instances followed including one where Lou was attacked by a presence that left seven scratch marks on his body: three vertically, four horizontally, all searing hot but they disappeared without trace within two days.

Donna would soon go on to call an Episcopal priest father Hegan who referred them to occult experts Ed and Lorraine Warren.

The couple told the girls the doll being manipulated by an “inhuman demonic spirit”.

The apartment was “cleansed” by Ed, using a special Episcopal blessing and the couple took the doll away and housed it in their museum.

The doll which has been in their possession since then has caused a few more mischief and miseries with a priest meeting with an accident and a man who berated it dying from a head-on collision.

Ed Warren died in 2006 and Lorraine says she can’t look at the doll because it’s the “worst thing in the whole Museum.”

Robert the doll: Originally gifted to Robert Eugene Otto in 1906, the gift was apparently from a disgruntled servant who practiced black magic. Otto’s parents would go on to hear him talking to the doll, who would in turn, reply in his voice. However, the haunting was not confined to a simple conversation. Neighbours reportedly saw the doll peering through the windows when the family was out. Apparently, the doll would also blink and change his expression. One night the family was woken by screaming coming from Otto’s room, on entering which they found that he was surrounded by upturned furniture.

Otto claimed that Robert the doll had done it.

After enduring Robert for 20 years, the family donated it to the Fort East Martello Museum in Key West, Florida in 1994. He still resides there till this date, locked in a glass case.

Elmo: Everyone knows the popular character Elmo. One of the most popular toys in the market for young children, nothing seems amiss with the funny red puppet. However, in 2008, when the Bowman family bought an Elmo Knows Your Name doll for their two-year-old son Jame, little did they know that the doll’s personalised messages were soon going to take a sinister turn. This Elmo would say the word “kill” before James’ name. It would say, “Kill James.” The parents took it away, but it continued to spout death threats to the entire family.

Mandy the doll: Mandy is a doll of unknown origin who apparently haunted her owners for years. The latest owner complained of hearing her crying at night and it was not until Mandy was donated to Quesnel Museum in British Columbia that the crying finally stopped. However, now Mandy haunts the staff of the museum in which she resides. According to the staff, their lunches go missing and Mandy has broken or otherwise harmed dolls that she has been encased with. Pictures or videos of Mandy are known to come out distorted or erased, making her one of the most haunted dolls in the world.

Haunted dolls: The dolls named Crystal, Monika, Sharla, True, Isaac, Lilly, Cameron and Ashley were purchased by a couple who research paranormal activity. A video feed was set up to monitor the dolls and there have been sighting caught on tape that are difficult to explain. Although they don’t seem to be very active, in 2009 the camera witnessed a strange occurrence when an apparition of what appears to be a little boy revealed itself at the bottom of their steps. 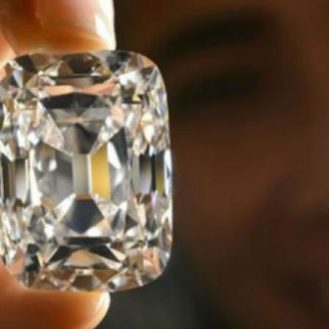