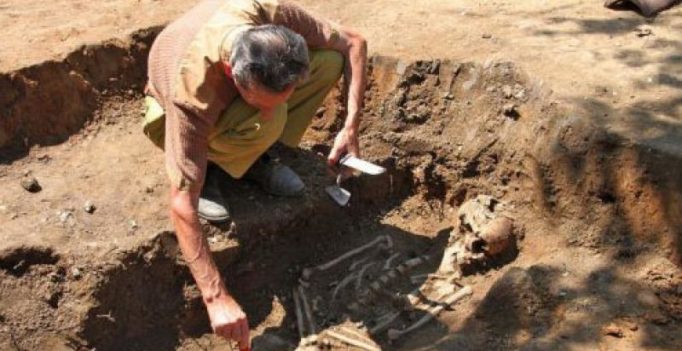 The spells are said to be connected to present day Syria (Photo: AFP)

Archaeologists are trying to decipher magic spells etched onto tiny rolls of gold and silver that they found alongside skeletons of humans buried almost 2,000 years ago.

“The alphabet is Greek, that much we know. The language is Aramaic – it’s a Middle Eastern mystery to us,” said Miomir Korac, chief archaeologist at the site in eastern Serbia.

The skeletons were found at the foot of a massive coal-fired power station where searches are being carried out before another unit of the electricity plant is built on the site of an ancient Roman city.

Last week, after carefully brushing away soil from the bones, Korac’s team found two amulets made of lead that, when opened, were each found to rolls of precious metal – silver and gold – covered in symbols and writing.

They believe the inscriptions are magic spells, taken to the grave to invoke divine powers to perform good or evil. “We read the names of a few demons, that are connected to the territory of modern-day Syria,” archaeologist Ilija Dankovic said at the dig, as more skeletons from the 4th century A.D. were being uncovered.

The fragile, golden and silver scrolls – which once unrolled look like rectangles of foil similar in size to a sweet wrapper – may never be fully understood. They are the first such items discovered in Serbia but resemble amulets of “binding magic” found in other countries, Dankovic said.

“They were often love charms, ordering someone to fall in love, but there were also dark, malignant curses, to the tune of: ‘may your body turn dead, as cold and heavy as this lead,’” he said.

Magic charms tended to be buried with dead children or adults who had suffered a violent death, Dankovic said, because of a belief that “souls of such people took longer to find rest and had a better chance of finding demons and deities and pass the wishes to them so they could do their magic.” 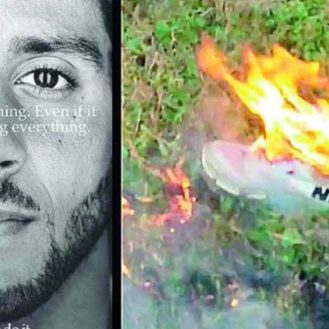