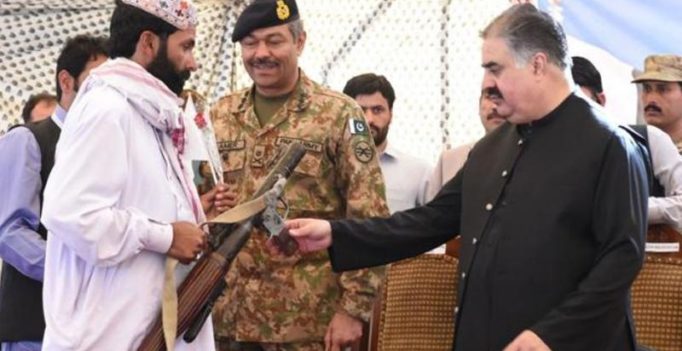 A Baloch militant hands over his weapon and surrenders to Baluchistan province Chief Minister Sardar Sanaullah Khan Zehri in Quetta on April 21, 2017. (Photo:AFP)

Quetta: Around 500 Baloch rebel militants on Friday surrendered to Pakistan’s government as Islamabad pursues its development agenda linked to the ambitious China Pakistan Economic Corridor (CPEC) in the southwest province.

Some 487 militants from four Baloch rebel organisations, including at least eight senior commanders, laid down their arms at an official ceremony in Quetta city.

The militants pledged their allegiance to the state of Pakistan at the ceremony, which was also attended by the provincial chief minister.

Pakistan has been battling insurgency in mineral-rich Balochistan since 2004, with hundreds of soldiers and militants killed in the fighting.

A greater push towards peace and development by Pakistani authorities, including starting work on roads and infrastructure under the Chinese-assisted CPEC project — which connects Balochistan’s deep sea port Gwadar to China — has reduced the violence considerably.

“These militants had killed my own son and brother but I have forgiven them. The state of Pakistan also forgives them and I welcome them to be part of Balochistan’s CPEC project,” said Balochistan chief minister Sanaullah Zehri at the ceremony.

“We will arrange employment for you. Nobody will be allowed to destroy peace in the province,” he said.

“We were misled by Brahumdagh Bugti. We have now come to know that he works for India. Why should we fight in our own country for another country,” said Sarbaz Baloch, former spokesman of BRA, who has been fighting for 15 years.

Bugti is an exiled Baloch leader based in Europe who has applied for asylum in India.

Baluchistan is the largest of Pakistan’s four provinces, but its roughly seven million inhabitants have long complained they do not receive a fair share of its gas and mineral wealth. 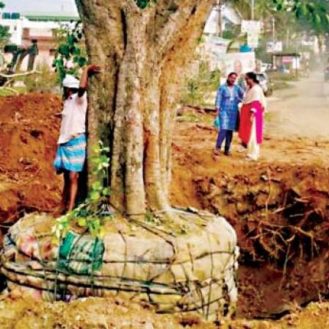 First lady Michelle Obama (Photo: AP) Washington: In 2008, Michelle Obama was tentative on the campaign trail, wary of saying anything to jeopardize her husband’s…