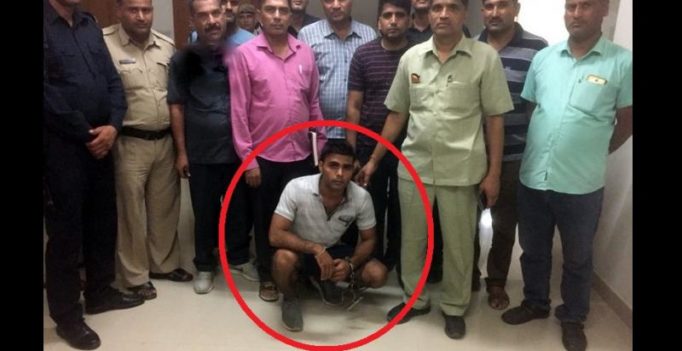 Haryana Police on Sunday arrested the main accused, Nishu Phogat, in the gang-rape of a 19-year-old woman from Rewari. (Photo: Twitter | ANI)

Two other key accused, including a serving Army man, are still on run and raids are on to arrest them.

“Dr. Sanjeev’s involvement is proved as it was in his knowledge that the girl was held by three boys. She was not conscious about the things happening. He was part of the plan till the end and he didn’t inform any authority,” Nuh SP Naazneen Bhasin said.

The rape allegedly took place at a room housing a tubewell for irrigation. The owner of the property, Deendayal, who was among the two people arrested, told police that the three key accused had taken keys to the room from him on the day of the incident.

“It has proved that Deen Dayal, owner of the tube-well, knew for which activity this place was about to be used. On basis of mobile forensics, it’s proved that Nishu contacted him to inform that they need a room. It was all pre-planned,” Bhasin said.

Bhasin said that the arrested accused, Nishu, had pre-planned the act and then called the doctor to the spot later.

Earlier on Sunday, Haryana Chief Minister Manohar Lal Khattar reviewed with DGP B S Sandhu the progress in investigation the case and shunted out the district police chief.

As pressure built on it to act swiftly, the police arrested a registered medical practitioner, who first attended to the woman, and a villager on whose property she was allegedly raped.

Khattar, who had a scheduled event in Jalandhar in Punjab, cut short his visit and reached Chandigarh in the afternoon, official sources said.

The sources said that Khattar summoned the Director General of Police (DGP) to his office to review the progress in the investigation. The chief minister directed Sandhu to ensure arrest of all the accused at the earliest, the sources said.

Rewari SP Rajesh Duggal, who has been accused of failing to take prompt action, has been shunted out and will be replaced by the SP of chief minister’s security, Rahul Sharma, they said.

Duggal will now lead a battalion of Haryana Armed Police in Hisar.

The victim’s family had alleged that police had failed to take prompt action on their complaint and delayed action by citing jurisdiction issue between police units of Rewari and Mahendergarh districts.

The woman, a school topper hailing from Rewari who had been felicitated by the government, was abducted at a bus stop in Kanina town in neighbouring Mahendragarh district on Wednesday while she was on the way to a coaching class, police said. She was then allegedly drugged and gangraped at a secluded spot.

Police continued raids in Haryana, Rajasthan, Delhi and some other states to nab the key accused, a senior official, who is part of the investigation, said on Sunday.

“Multiple teams are at job to nab them. We are hopeful of arresting the accused soon,” he said. Some people have also been rounded up for questioning in connection with the case, police sources said.

She also said that the family has decided to return a cheque of Rs 2 lakh handed over to them Saturday by district administration officials under the Haryana Victim Compensation Scheme, 2013. “We do not want this cheque. Is this the price which is being put for honour of my daughter. All we want is justice. We used to hear about long arm of the law, but what is police doing. The accused are yet to be arrested,” she said.

Police have provided security to the victim’s family. Doctors at the civil hospital, Rewari, said that the victim’s condition was stable, though she was in trauma.

The Haryana Police had set up a special investigation team headed by Mewat SP Naazneen Bhasin, and announced a reward of Rs 1 lakh for information leading to the arrest of the accused.

Police had on Saturday released photographs and names of the accused, who were identified as Army jawan Pankaj, Manish and Nishu. The accused live in the same village in Rewari and they knew the woman and her family, police said.

Lt Gen Cherish Mathson, who heads the South Western Command of the Army, had said in Jaipur on Saturday that they would help the police in the probe. The victim’s father has said 8 or 10 men may have raped her but she could identify only three of them.

The case evoked sharp reaction from opposition parties who have demanded the resignation of Chief Minister Manohar Lal Khattar on moral grounds, saying the state had failed to protect its daughters. 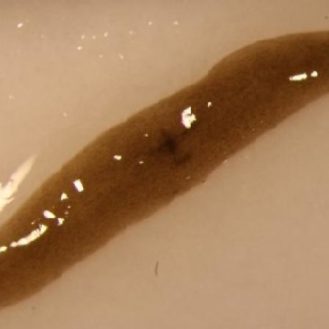