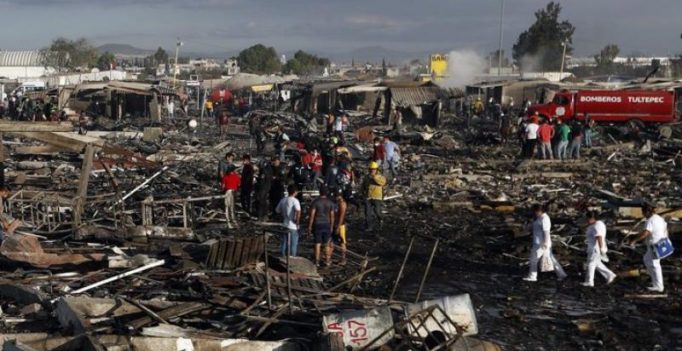 Sirens wailed and a heavy scent of gunpowder lingered in the air after the afternoon blast at the market (Photo: AP)

TULTEPEC: A massive explosion that gutted Mexico’s biggest fireworks market on Tuesday left at least 26 dead, an official said.  “We recovered 26 bodies at the scene of the incident” in the Mexico City suburb of Tultepec, Mexico state prosecutor Alejandro Gomez told reporters at the site.

The conflagration, in the suburb of Tultepec, set off a quickfire series of multicolored blasts and a vast cloud of smoke that hung over Mexico City. Federal police said on Twitter that at least 70 people were injured.

“My condolences to the families of those who lost their lives in this accident and my wishes for a quick recovery for the injured,” said President Enrique Pena Nieto via Twitter.

Sirens wailed and a heavy scent of gunpowder lingered in the air after the afternoon blast at the market, where most of the fireworks stalls were completely leveled. The smoking, burned out shells of vehicles ringed the perimeter, and first responders and local residents wearing blue masks over their mouths combed through the rubble and ash. Firefighters hosed down still-smoldering hotspots.

Crescencia Francisco Garcia arrived in the afternoon to buy fireworks and said she was near the middle of the grid of stalls when the explosions began around 2:30 p.m.

“All of a sudden it started booming,” the 41-year-old Mexico City resident said. “I and the others surrounding me all took off running.” Eventually Garcia was able to find her daughter, son-in-law and three grandchildren who were waiting in a car just inside the perimeter fence. The Mexican Red Cross said it sent 10 ambulances with 50 paramedics to the scene.

National Civil Protection Coordinator Luis Felipe Puente told Milenio television that some nearby homes were also damaged. The scene remained dangerous and he asked people not to come within 3 miles (5 kilometers) to avoid hampering the emergency response.

Fireworks continued to pop off long after the blast, and Puente added that there was no choice but to let any unexploded fireworks be consumed.

A fire engulfed the same market in 2005, touching off a chain of explosions that leveled hundreds of stalls just ahead of Mexico’s Independence Day. A similar fire at the San Pablito Market also destroyed hundreds of stands in September 2006. Many in Mexico traditionally celebrate holidays – including Christmas and New Year’s – by setting off noisy firecrackers and rockets. 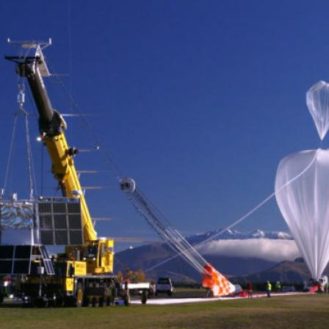