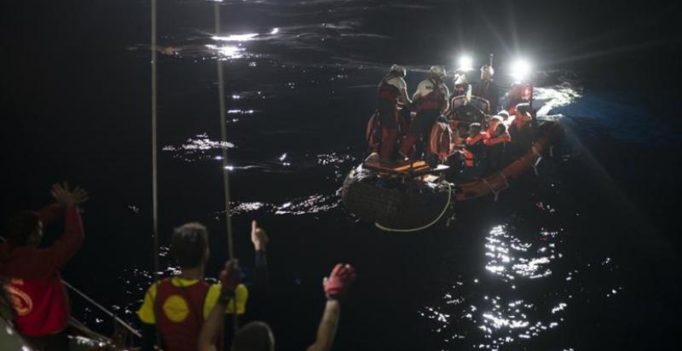 The latest death toll was published around 7:00 pm (1800 GMT), after the search and rescue operation had ended for the day. (Photo: AP)

Sfax (Tunisia): More than 50 migrants drowned in the Mediterranean, the majority off the coasts of Tunisia and Turkey, while Italy marked a sea change in its policy.

Tunisian authorities said 48 bodies were recovered off the country’s southern coast Sunday, close to the city of Sfax, while 68 people were rescued.

“The boat had a maximum capacity of 75 to 90 people, but there were more than 180 of us,” said Wael Ferjani, a Tunisian survivor from the southern region of Gabes.

While water leaked into the boat, some passengers jumped into the sea and drowned, he told AFP.

The latest death toll was published around 7:00 pm (1800 GMT), after the search and rescue operation had ended for the day.

The hunt for survivors would continue on Monday morning, Mohammed Salah Sagaama from Sfax’s naval base told AFP.

Tunisians and migrants regularly try to cross the Mediterranean to seek a better future in Europe, with 120 mainly Tunisians rescued by their navy in March after trying to reach Italy.

In October, a collision between a migrant boat and a Tunisian military ship left at least 44 dead, in what Prime Minister Youssef Chahed called a “national disaster”.

The latest shipwreck is the most deadly in the Mediterranean since February 2 when 90 people drowned off the coast of Libya, according to the IOM.

Across the Mediterranean, nine Syrians including seven children drowned when their vessel sank off the coast of Turkey.

The group were travelling in a speedboat intending to head illegally to Europe, when the boat hit trouble off the coast of the southern Antalya province, state media reports said.

The oldest child to drown was 14 and the youngest just three, according to the Anadolu news agency.

Six adults were reportedly rescued including a couple who lost five of their children in the disaster.

Turkey was the main sea route for migrants to Europe in 2015, when more than a million people crossed to Greece.

That year 3,771 people were recorded as dead or missing in the Mediterranean by the United Nations refugee agency.

So far this year, 32,601 migrants and refugees have survived the sea crossing and 649 have been recorded as dead or missing.

A deal struck with the EU in 2016 has drastically reduced the amount of people trying to make the sea crossing, although observers say the numbers have been ticking up again in recent months.

The focal point for Mediterranean migration in recent years has been Italy, where more than 700,000 migrants have arrived since 2013.

On Sunday, the country’s new hardline interior minister, Matteo Salvini, headed to Sicily, one of the main landing points for those rescued at sea, to push his anti-immigration agenda.

His predecessor signed a controversial deal with authorities and militias in Libya — the key departure point on the route to Italy — which has driven down overall arrival numbers by 75 per cent since last summer.

But Salvini has pledged to go further still, vowing to cut the number of arrivals and speed up deportations.

“The good times for illegals is over — get ready to pack your bags,” he said on Saturday at a rally in Italy’s north.

The latest arrivals, some 158 people, were rescued by a humanitarian boat and reached southern Sicily on Friday.

Meanwhile Spanish maritime rescue units said Sunday they have picked up 240 migrants since the start of the weekend, with one person reported drowned.

Migration will be high on the agenda Tuesday when EU interior ministers meet in Luxembourg and discuss the bloc’s contested Dublin rule, under which would-be refugees must file for asylum in the first member country they enter.

Many of those landing on the Mediterranean coast see their arrival point as a pathway to their final destination, but the Dublin rule and tightening border checks have meant migrants are increasingly stuck in southern Europe. 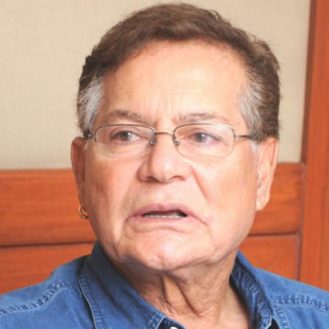 IPL 2018: Here’s the entire list of 100 commentators for the cricket extravaganza

Last year in September, Star Sports had bagged the broadcast rights for the IPL till 2022, buying them for a mammoth amount of Rs 16,…