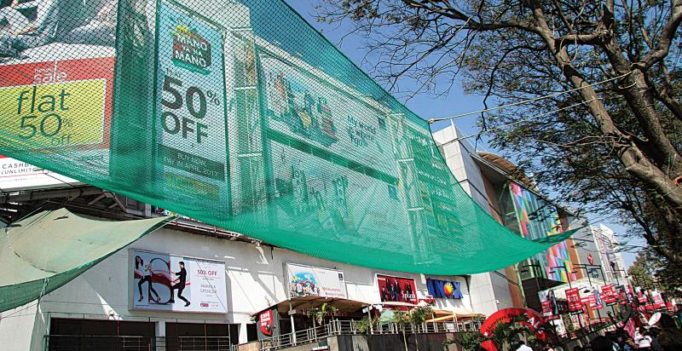 Aditya Sikri, CEO and Retail said an external balcony fell, creating an impact on the compound wall. he stressed that the mall is structurally safe, but the bbmp has formed an expert committee to look into the matter.

Mantri Mall has had its fair share of controversy, with allegations of encroaching a storm water drain, affecting the movement of traffic, not adhering to its building plan and even violating fire safety norms. Monday’s incident only exposed the extent of these discrepancies. The BBMP, which formed an expert committee to look into the matter, has rightly withdrawn the mall’s Occupancy Certificate until it gets a clean chit, report M.G. Chetan, Shrinivasa M. and Rohan Ramesh.

Bengaluru could easily be called a Mall City considering the number of malls that have made their appearance in it over the last decade or so. With a mall dotting nearly every other locality the number of people frequenting them both for shopping or to catch a movie  has also risen, making Monday’s accident at  the upmarket Mantri Square mall on Sampige Road, Malleswaram, all the more unacceptable. Miraculously only two people were injured as a portion of the mall’s wall collapsed, but clearly this is no thanks to the upkeep of this now prominent landmark of the city.

Unfortunately, this is not the first time that a mall in the city has been in the news for the wrong reasons. In 2005 shoppers had a scare as the lift at Garuda Mall developed a hitch  and in 2007 a little boy died after falling off its fourth floor. The Mantri Square Mall too has had its fair share of controversies. On June 2, 2011,  the BBMP demolished its compound wall and  ramp  on Sampige Road to avoid traffic congestion and to widen the road that the structures had no business occupying and in 2010, the then leader of the opposition in the BBMP council, M Nagaraj  demanded withdrawal of the occupancy certificate given to it claiming that it had violated building bylaws.

The BBMP also accused the Mantri Square Mall of not adhering to its building plan and sparing 10 per cent of its space for gardens as required and allowing only 8 metres as against 16 meters of unbuilt space around its entrance . And in 2016, the mall was sent a notice for violating fire safety norms prescribed under the National Building Code of 2005.

Explaining Monday’s accident, Mr Aditya Sikri, CEO, Retail and Commercial, Mantri Developers said the external balcony, acting as a passage for services, fell, creating an impact on the compound wall at the mall and attributed it to possible water logging at the terrace level. While he asserted that the mall was structurally safe and there was no cause for concern, the BBMP has formed an expert technical committee to establish its structural stability.

A scientist with the Indian Institute of Science and expert in structural engineering, Prof. J. M. Chandra Kishen believes poor maintenance could be to blame for the recent accident at the mall. “The builders should have conducted tests on the materials and  ensured that only the top-grade were used,” he says, adding that the staff should have noticed the water leaking from the AC ducts if that was to blame for the accident. “ A leaking duct and the water it disperses can be very dangerous as it can not only weaken walls but  also cause short circuits if it enters wiring ducts,” he points out.

But unwilling to speculate on the possible reasons for Monday’s accident, Mr Sridhar Pabbisetty, CEO of Namma Bengaluru Foundation says he would rather wait for the BBMP’s report before he draws any conclusions.

“All buildings and structures have maintenance schedules. I just hope that Mantri Mall staff and owners were correctly following theirs. The BBMP has to investigate, find out what went wrong and then inform people whether the mall is safe enough to be reopened again,”  he adds.

As the mall remains closed for a fortnight, the Malleshwaram police have registered an FIR against the developers based on the complaint filed by one of the injured in the wall collapse, Lakshmamma. But there have been no arrests as yet.

Dogged by controversy since it opened its doors in 2010, the Mantri Mall in Malleswaram saw a portion of its compound wall and access ramp demolished by the BBMP to widen the Sampige Road on January 6,  2011. As many as eight earthmovers moved in to raze the structures at around 7.30 am and completed their job at around 1.30 pm. But the day was not without drama as residents of the Mantri Greens  apartment complex opposed the demolition of the compound wall , blocking the way of the earthmovers and attempting to assault their drivers. They claimed  their security was compromised by the wall’s demolition.  Residents of Malleswaram,however, rallied behind the BBMP officials, forcing the protestors to retreat. The  police, who were at the spot, promised to  provide the Mantri Greens residents security till the compound wall was rebuilt elsewhere.

Mantri Developers claimed in a statement that the mall was structurally safe.  “We want to bring to your attention that we took all measures and efforts to ensure our patrons, partners and employees were evacuated and safe after a parapet section at the rear end of Mantri Square fell on January 16,” it said, adding that Mr T.S. Gururaj, chairman and managing director of Innotech Engineering Consult Private Limited, had inspected the mall and observed that there was “no distress at any location” and the shopping areas, public areas, multiplex and food court were structurally safe.

As for the cause of the accident,the statement said, “Upon inspection of the site on January 16, after the incident, it was found that the external balcony, acting as a passage for services fell, creating an impact on the compound wall at the mall. This could be attributed to possible water logging at the terrace level caused by leakages from the AC pipes. However as we continue our investigation, further and proper remedies will be suggested.” The statement added that  the area beyond the footprint of the building (balconies) at the rear had been barricaded and supported temporarily with props and would be restructured before use.
Mr Aditya Sikri, CEO, Retail and Commercial, Mantri Developers said, “In the interest of the safety of all concerned we have closed the mall. There is a thorough investigation on at the moment with senior professionals attending to the matter. The debris is already cleared and repair works are underway.” 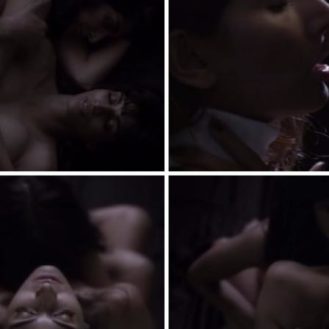