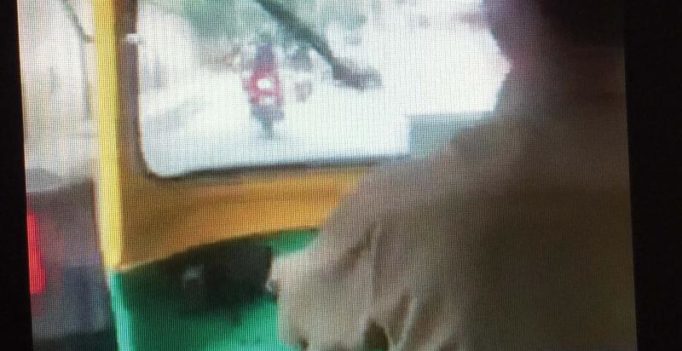 A video grab of the auto driver in the act

The incident took place on Tuesday noon, when Shalini (name changed) an artist working with an Ad firm was trying reach her home in Benson Town.

Narrating her ordeal she told Deccan Chronicle, “After work I was trying to book an Ola cab, but they weren’t available and it was cloudy and about to rain. Therefore, I thought of taking an auto-rickshaw.  It was around 3.30 pm. After I failed to get a cab, I decided to take an auto. As I approached a driver, who appeared to be middle-aged, he agreed to take me provided I paid Rs 20 extra. Considering the weather I took the auto-rickshaw and agreed to pay extra fare.”

Shalini said that in broad daylight with the roads still crowded, the horror began soon after she boarded the auto-rickshaw. To her shock, she noticed that the auto-rickshaw driver was looking at her through the rear view mirror.

“He was old maybe 50. I soon noticed that he was using the rear view mirror to look at me. I didn’t know why he was doing so, but soon realised that he was looking at the mirror and then touch his private parts.”

She continued, “Initially, I thought it was a random act. But then to my horror I realized that he was continuing with the gesture and driving the auto using one hand. I immediately pulled out my cell

phone and videographed the act, without drawing his attention. When I was searching for the licence plate I found he did not have one, but a number was painted at the back of the auto-rickshaw.”

The complainant however reached home safe and hurried to her house. She later lodged a police complaint.

A police official told Deccan Chronicle that based on the complaint, a team has been formed to nab the pervert driver. 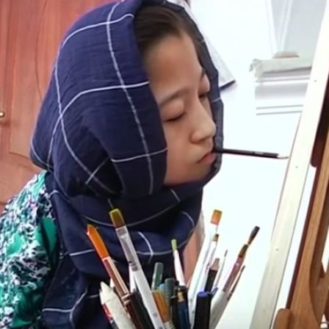