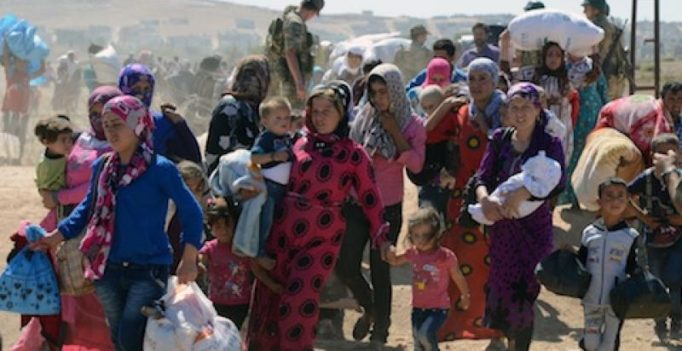 Beirut: Just before midnight in a sleepy district of Beirut, dozens of Syrian refugees huddle in small groups around bulging suitcases, clutching their pinging cellphones and one-way tickets to Italy. “Torino! Pronto! Cappuccino!”

They practise random Italian words in a schoolyard in the Lebanese capital’s eastern Geitawi neighbourhood, waiting for the buses that will take them to the airport, and onwards to their new lives in Italy.

Under an initiative introduced last year by the Italian government, nearly 700 Syrian refugees have been granted one-year humanitarian visas to begin their asylum process in Italy.

The programme is the first of its kind in Europe: a speedy third way that both avoids the United Nations lengthy resettlement process and provides refugees with a safe alternative to crammed dinghies and perilous sea crossings.

Compared to fervent calls for “extreme vetting” of refugees most famously made by US President Donald Trump, this “humanitarian corridor” is like a godsend.

“Turin is the city I’ve been dreaming of,” says Mohammed, 24, a Syrian refugee who has lived in southern Lebanon for five years and is travelling to the northern Italian city with his pregnant wife.

After poring over pictures on Google, Mohammed says Turin looks like a “beautiful” industrial hub where he hopes to work.

“This trip is a leap into the future. I can build my life anew,” he says as he fires off updates by phone to relatives anxious to hear about his journey. “The most important thing we packed? Baby clothes.”

For 34-year-old Soha and her toddler Angelo, Italy will be an escape from the trauma of Syria’s six-year war.

“Four years ago a rocket hit our house and killed both my sons, Antoine and Michael. When I got pregnant again, I wanted to take two letters from their names, so I named our new baby Angelo,” she says.

“We want to start a new life. This is all for my son.” Another refugee, Michel, was smuggled into Lebanon earlier this year after being shot in the chest and shoulder in Syria.

“I’m going to Rome. I’m looking forward to a new life there, far far away from the difficult lives we’ve led so far,” he says.

Tapping his foot nervously as the airport buses pull in, Michel admits he is relieved to be flying directly to Italy because “I don’t have to get smuggled again and be humiliated”.

Hundreds of thousands of people landed last year on Europe’s shores after crossing the Mediterranean, but some 4,500 also died trying. A country of just four million people, Lebanon hosts more than one million Syrian refugees.

For members of Mediterranean Hope, the four-person team coordinating Italy’s resettlement efforts from Lebanon, “humanitarian corridors” are the future of resettlement.

The group interviews refugees many times before recommending them to the Italian embassy, which issues humanitarian visas for a one-year stay during which they begin the asylum process for permanent resettlement.

“It’s safe and legal. Safe for them, legal for us,? says Mediterranean Hope officer Sara Manisera. “After people cross the Mediterranean on the journey of death, they are put into centres for months while they wait. But with this programme, there are no massive centres, it costs less, and refugees can keep their dignity,” she tells AFP.

Mediterranean Hope says it wants people to stop looking at refugee resettlement through the lenses of security and counter-terrorism.

On Wednesday, a federal court in Hawaii halted Trump’s reworked travel ban, which again sought to bar all refugees from the US for 120 days and halt visas for 90 days for nationals of six Muslim-majority countries.

And earlier this month, Hungary voted to systematically detain all asylum-seekers. “Of course we can continue to build walls as Hungary and the US are doing, but the cost will be much higher for everyone. Which kind of world do we want to live in?” asks Manira.

At Beirut airport, Mohammed Khalaf can hardly believe he will start a new life in Rome in just a few hours.

“Honestly, it’s indescribable. I was in one country, doing everything possible to leave, and suddenly I’m going to be in another,” says the slight 21-year-old from Damascus.

Khalaf is travelling alone. While he is open about his weeks-long detention in two of Syria’s most notorious prisons, he grimly refuses to talk about what happened to his family.

He calms his nerves by reciting some Arabic poetry he has written. “I will leave this war. I will go, because my story does not end with something that saddens me… “I will cross over into life, opening her closed doors with my poetry, and with my dream.” 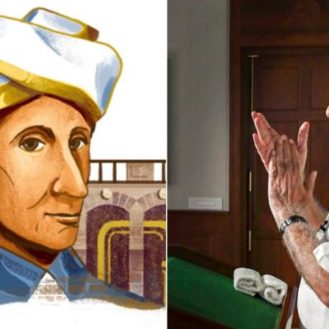