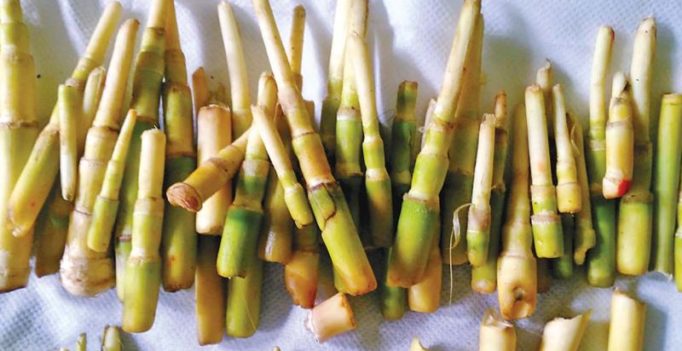 Ooty: By all accounts it is very hard to resist buying tender bamboo shoots, popularly known as “Ottakudi” in the local Badaga language. For this green, crunchy delicacy from the semi-wild areas is always a jungle vegetable to relish.

More so, the edible bamboo is a veggie wonder during late summer or in the early southwest monsoon season in the Nilgiris. Though this ancient jungle vegetable still brings the taste of the wild, its availability is becoming scarce now.

The gravy of Ottakudu, called as “Ottakudi Udhaka” in the hills, is a
tempting delicacy with a taste of different kind and flavor that make
the bamboo shoots, which is also called as “bamboo sprout,” a much sought after vegetable of semi-wild origin during its annual season in the summer and early monsoon periods.

Ms. Bannari, a vegetable vendor, said that this year ‘bamboo shoot’ fetches around Rs 140 per Kg.  There is good demand for “Ottakudi” in the Badaga villages as every Badaga home generally shows interest in buying it at least once during its season.

Quite a few of them buy and gift them to their kith and kin living in  other places and other districts.  “Bamboo shoot was abundant in the hills, especially along the water sources in the jungle fringes in the hills in the past.

Now, its availability had become scarce and mostly confined to Pykara area,” she said, adding, that one needs to remove the outer dark-red coloured peel to extract the young bamboo shoots that is the edible part of the plant.

Though this annual semi-wild vegetable is known for its taste, the
fleshy and crunchy tender bamboo shoot is said to be good for keeping a good digestive health due to its good fibre content, besides helpful in tackling cold-related ailments during the monsoon, say gourmets here. 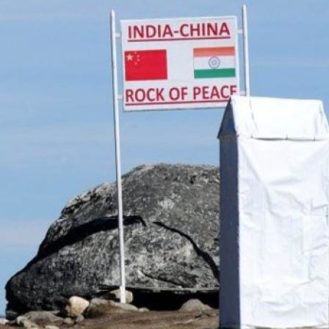