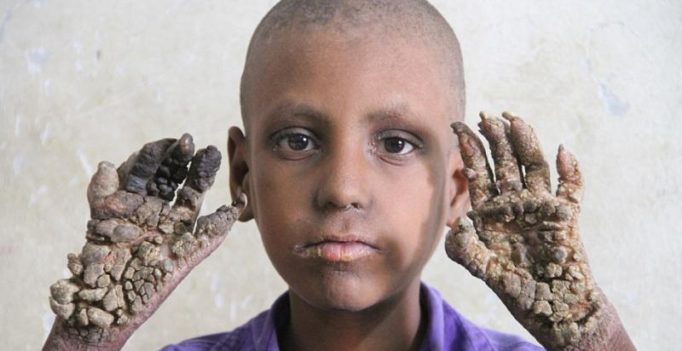 A 7-year-old boy in Bangladesh with a rare disease is being called the ‘tree boy’ because of the growth of scaly warts on the skin of his limbs. Ripon Sarkar, who is from Thakurgaon, Bangladesh, suffers from epidermodysplasia verruciformis, which greatly increases one’s risk to human papillomavirus.

He was admitted to Dhaka Medical College Hospital on August 20 for treatment for the first time owing to his family’s poor financial condition. The child is unable to walk or eat on his own because of his tree-like hands and feet. But fortunately, doctors believe that his limbs are operable as his fingers and toes are still identifiable. Interestingly, his symptoms are similar to the ones of 26-year-old Abul Bajandar who had been recently treated at the same hospital.

Epidermodysplasia verruciformis (EV) is a rare and inherited disorder which causes wart-like lesions on the skin. It takes place due to an infection of the human papillomavirus. Despite the devastating effects of EV, there is a lack of any rigorous treatment against the disease.

Ripon’s father Mohendra says that his son was affected at the tender age of just three months when warts first began to develop on his palms and feet. “We are hopeful about the child’s situation. In Abul’s case, we couldn’t distinguish the warts from his fingers,” Burn and plastic surgery unit coordinator Samanta Lal Sen told the Daily Mail. 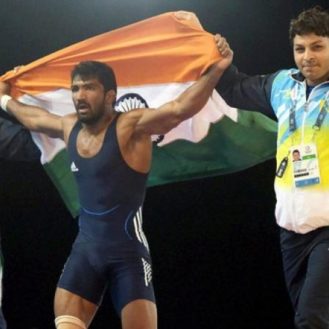 Vijay Mallya, 62, is facing a trial for the UK Court to rule if he can be extradited to India to face charges for financial…