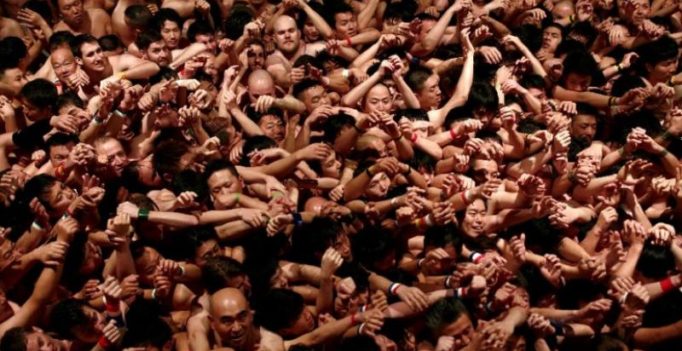 As holy water was splashed from above, camera flashes illuminated the sea of bodies like disco lights at a rave — before all hell broke loose. (Photo: AFP)

Okayama: With only a skimpy loincloth to protect their modesty, thousands of men brave freezing temperatures to fight for lucky charms thrown by a priest at Japan’s annual Naked Man Festival.

A writhing mass of sweaty worshippers wrestled for elbow-room inside Saidaiji Temple in Okayama, western Japan, late on Saturday night in the hope of catching the sacred batons.

Around 10,000 hardy souls celebrating the religious festival stepped under ice-cold fountains to purify their bodies before risking life and limb in a mysterious ceremony dating back some 500 years.

“You have to write down your blood type on a form and tuck it into your loincloth in case you get seriously hurt.”

Most who took on the ‘Hadaka Matsuri,’ or Naked Festival, suffered no more than a few bumps and bruises after scrapping over a pair of wooden sticks, measuring 4cm (one and a half inches) in diameter and 20cm (eight inches) in length, believed to bring good fortune to whoever catches them.

But revellers have been crushed to death in the past in a melee that makes Tokyo’s infamous rush-hour trains look like a walk in the park.

And it’s easy to see how fatalities could occur when the lights suddenly go off and priests cast the mystical charms from the temple’s rafters into the heaving crowd below.

As holy water was splashed from above, camera flashes illuminated the sea of bodies like disco lights at a rave — before all hell broke loose.

In a scene reminiscent of Dante’s “Inferno”, steam rises as thousands of groaning men, faces contorted with pain, thrust their arms upwards from the suffocating pit below, as if begging for forgiveness — or if not a pair of trousers and a shirt to keep warm.

Those who snaffle one of the holy talismans tossed from above have to fight tooth and nail to keep hold of it as they come under attack by rivals desperate for the juju it bestows.

Fuelled by beer and sake, many festival-goers came to blows.

“I was lucky to escape,” said firefighter Kosuke Yasuhara, clutching one of the talismans.

“It dropped right in the middle of our group,” added the 38-year-old. “I had to quickly slip it into my loincloth to hide it and then force my way out.”

“Those who catch the charms will prosper and receive a bumper harvest,” he said.

“We want to remind people this is a religious festival so we have become much stricter these days about alcohol and rough behaviour.”

As revellers and the hundreds of police and firemen on call made their way back through the rice fields to the city, father-to-be Yasuhara broke into a wide grin.

“This charm is a gift from the gods,” he said. “I believe it will deliver us a bouncing baby when it’s born in April.”
Source 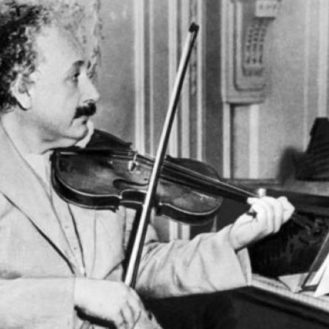