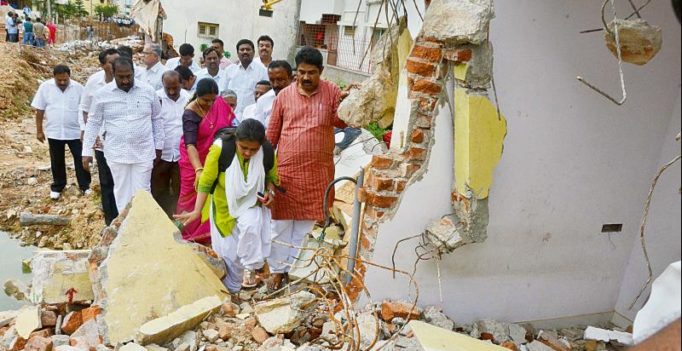 Bengaluru: Refusing to give up relying on century old maps to carry out the ongoing  demolition of encroachments on storm water drains and lake beds in the city despite facing a barrage of criticism on this, BBMP commissioner, N. Manjunath Prasad on Monday claimed they were the most reliable.

Responding to questions on the demolitions raised by corporators here, Mr Prasad said the BBMP would continue to rely on a 1905 map and not the recent  Comprehensive Development Plan to mark the encroachments . “Even today when one wants to claim the ownership of a property,  one can do so only with the help of revenue maps where it is  marked clearly.  Other maps, including village maps, are not as reliable,” he maintained, adding, “The CDP is just a development plan. We cannot go ahead with the current demolition of encroachments based on it.”

When the corporators demanded to know how the BBMP intended to rehabilitate those who had lost their homes in the eviction drive, Mayor Manjunath Reddy assured that they would be suitably compensated. “ But our priority will be the poor. We have already started collecting information on them,”he said.

But the corporators demanded that everyone, who lost their property, be rehabilitated. In response, the Mayor promised that a rehabilitation plan would be drawn up with the help of  the area corporators, MLAs and MPs concerned to make sure that those affected got the benefits due to them.

Not satisfied, several councillors also demanded action not only  against low rung BBMP officers for sanctioning illegal building plans, but also against former BBMP commissioners, who approved them.

Mr. Prasad, however, said the BBMP did not have the power to investigate its former commissioners and only the urban development department could take such action.

Panel to identify dead lakes
The committee headed by Speaker K.B. Koliwad, which is looking into lake encroachments in and around Bengaluru, has decided to identify dead and functional lakes. Corporators discuss the demolition drive, at the Council meeting in Bengaluru on Monday. (Photo: DC)

Mr Koliwad said on Monday that on some of the dead lakes, the BDA itself had formed layouts and that such layouts cannot be considered as encroachments. At the same time, it is not possible to stop demolition of encroachments on storm water drains. “The committee is yet to submit a report. When parts of the city were flooded during recent rains, the government had taken a decision to demolish encroachments on the drains,” he said. The committee is looking into encroachment of lakes, buffer zones, storm water drains and catchment areas. “It will be well documented and the committee will submit a comprehensive report to the government. The document can be used by the government in the future too,” he said.

“I will get details of storm water drain encroachments by IAS officers in Arkavathy Layout and look into that also,” he said.

BJP leaders visit demolished areas
Eversince the Congress came to power in Karnataka, it is running its government by taking revenge against the citizens, charged BJP leader R Ashok on Monday.

He was speaking after visiting parts of South Bengaluru that were affected by the demolition drive. “Under the name of anti-encroachment drive it razed many houses and pushed large number of people on to the streets. Keeping a cenutury-old map as the basis to mark the encroachments, BBMP has gone rampage against the poor and the middle class,” Mr. Ashok said.

For the offences committed by corrupt officials who sanctioned illegal plans, the innocent people who had invested their hard earned and life time savings are suffering. Congress government has earned itself a title – ‘a government which breaks and not builds’, he added.

Further, he demanded the state government’s stand on the National Green Tribunal’s direction to declare 75 meters buffer zone from lakes. Those who have lost their homes and property should be compensated with alternate homes, he added.

Also, one of the two special courts that would hear appeals against demolition drives will start functioning from Wednesday.

Law and Parliamentary Affairs Minister T.B. Jayachandra said encroachments on storm water drains and water bodies have happened not only in Bengaluru, but also in other parts of the state. “We will extend the demolition drive to other parts of the state. As the probability of land owners trying to obtain stay from the courts is quite high, we feel the special courts will ensure speedy disposal of these cases and help government in clearing encroachments. The first such special court in Bengaluru will start functioning from August 31,” he said.

In fact, the state government’s drive against encroachments has been caught in a legal wrangle with many people who have lost their lands approaching courts stating that their properties have been demolished despite them having procured building plans and other permissions from the civic agency. 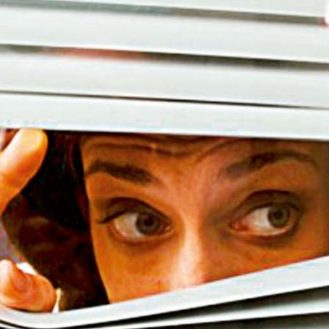