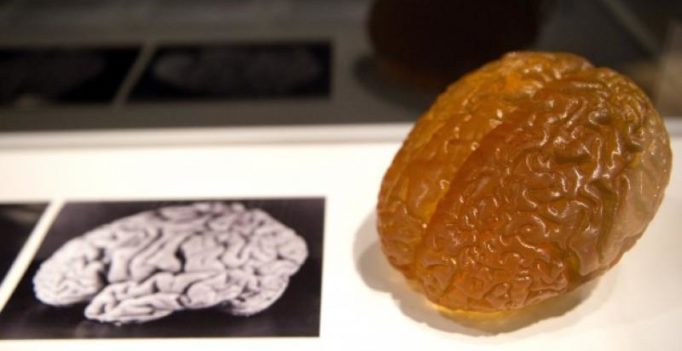 British neuropathologist John Corsellis collected and conserved the brains over a period of more than 40 years (Photo: AFP)

A new collection in the psychiatric hospital of Duffel in the north of Belgium makes for a ghoulish sight: around 3,000 preserved brains that were originally saved by a British doctor.

The collection of frontal lobes, hippocampi and other key parts of the brain floating in formaldehyde or fixed in paraffin will be used for research into psychiatric illnesses such as depression or schizophrenia.

British neuropathologist John Corsellis collected and conserved the brains over a period of more than 40 years between 1951 and the middle of the nineties, but authorities in London ran out of space.

Now, they have come to Duffel, where Manuel Morrens, the director of research at the hospital, and his colleagues will share the collection with the faculty of medicine at the University of Antwerp.

“It’s the largest brain collection available, to our knowledge,” he smiles.

“Nowadays in Belgium, it’s really hard, if not almost impossible, to get your hands on actual tissue of patients after they have deceased,” says Morrens, due to the stricter ethical guidelines around collecting brain tissue.

“Normally, we study how the brain works by looking at blood samples, but now we are able to look at it directly.”

One of the main advantages of conducting research on brains from this era is that they are untouched by certain medications that didn’t exist at the time.

“Contemporary research is hampered by the fact that brains were removed from patients who have received treatment. We’re investigating illness in its purest form,” enthuses Morrens.

Until recently the Corsellis collection was kept in bell jars and Tupperware tubs in a musty psychiatric hospital in southeastern England, a collection taken from the mentally ill, epileptics, people with Alzheimer’s and even boxers.

But British authorities ran out of storage space and offered them to medical institutions around the world.

The original Corsellis collection numbered around 8,500 but the Belgian doctors have mainly taken those that relate to depression and schizophrenia.

Each pickled brain comes with its own medical file kept up until the death of the patient.

The brains could help uncover new discoveries in biological psychiatry science, a field that specialises in understanding mental problems in terms of the biological function of the nervous system, says researcher Violette Coppens.

“Psychiatry is a field that is new in  terms of scientific investigation,” she said, that has only been well known since the 1980s.

But as the body’s the most well-protected organ and therefore most difficult to get to, the brain is the hardest to study – making the Corsellis collection all the more important.

Coppens and her colleagues will cut samples from the brains and then study them under a microscope to look for inflammation. On Coppens’ screen a cut from a brain has been partly dyed red in order to see its cells more easily.

Research conducted on living patients is limited by technology, explains Morrens. MRI scans cannot identify, for example, what kind of proteins or enzymes are activated by illness.

“Can an inflammation of the brain cause, worsen or influence in some way the disease course of several psychiatric disorders?” muses Coppens as she examines the purple rivulets in her sample highlighted by the dye.

It’s the question the team will be trying to answer after studying and comparing thousands of different brains. 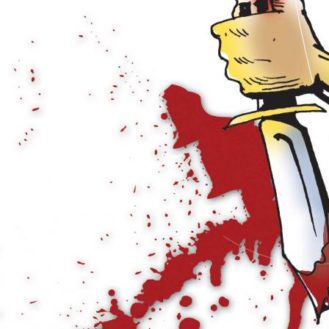