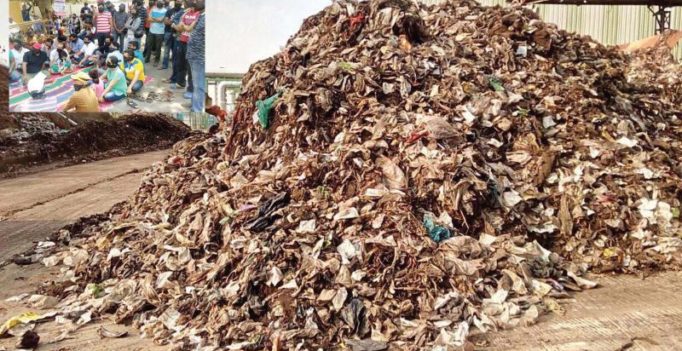 Residents living in the vicinity of the KCDC compost plant at Somasandrapalya in HSR Layout have been protesting for the past two weeks against the garbage dump in their locality. (Photo: R. Samuel)

Bengaluru: HSR Layout residents are now up in arms against the KCDC composting unit which, they allege, is now functioning as a dump yard. They claim it is becoming another Mandur with even ground water getting contaminated. However, BBMP officials dismiss their charges and claim the plant is functioning properly.

“I compost my own waste and have encouraged my whole apartment to do so. My house does not generate any garbage. Yet, there is a high level of stink, day and night. Why should I bear it?” questioned Kamesh Rastogi.

Three years ago, Kamesh and residents of HSR Layout noticed the rising stench from the KCDC composting unit. They can’t go out for morning walks, or have meals inside their homes without the stench wafting in.

“The air we breathe is poisoned. The Somasandrapalya lake land has been encroached with nearly five acres of the space filled with garbage. The contaminated water has entered the lake,” said Sankar Sharma, adding that the ground water too has fallen prey to the infamous KCDC unit.

“The composting unit does not process waste. It receives mixed waste and just stores it there, resembling a Mandur-like landfill. Mosquitoes and flies have caused multiple cases of dengue and malaria,” Sankar said.

Kamesh said, “The KCDC unit, built in 1975, was meant only for our ward. But now it receives waste from Jayanagar, K.R. Market and Mahadevpura. This exceeds the capacity of age old technology.”

Residents said the rules of Solid Waste Management have been violated. Hidden in a dense locality of apartments and homes, the residents feel the unit is just a pretext for the garbage mafia to make money.

“Contractors are sanctioned to handle the waste each year or so. Yet, we don’t see any processing being done. Three years is a long enough time. Enough is enough,” Kamesh said. Interestingly, the residents-turned-activists have collected data from various departments to substantiate their claim that garbage was being dumped.

Kamesh said that they have document evidence of lake land being encroached for dumping garbage. Their efforts began from raising the issue, to repeated reminders, awareness campaigns, snap protests and on Sunday, a symbolic silent protest through ‘blood donation campaign’.

Sankar said the campaign is titled ‘Bleed to Breathe’ to fight for their right to breathe. While officials claim that the unit is working just fine, the alert locals have spotted an increase in stench ever since supposed ‘SWM experts’ have begun conducting experiments there. “We don’t know what they are experimenting on. All we know is the stench is 24/7. A resident told me that the doctor confirmed his daughter has upper respiratory problems due to this contaminated air,” Kamesh said.

Their last attempt for discussion with BBMP officials resulted in sudden cancellation of the meeting. The residents plan to protest silently all night, and manually stop all garbage trucks from entering the KCDC unit from now on.

If plant is shut down, what will happen to garbage?
Interview with  Sarfaraz Khan, Joint Commissioner, BBMP.
Why are the residents of HSR Layout facing this problem?
There is no problem. The composting unit is fully functional. My understanding is that the residents are complaining because of the smell. But we must think who is responsible for the garbage that is being composted? Instead of protesting, why don’t they understand this?

The residents say that the issue has not been addressed and that the BBMP is not meeting them. Why?
The plant has been there since 1978. It is clean a green base and a part of agricultural development. It produces good quality compost. Because of their protest we installed a bio filter in the plant worth Rs 7 crore to address the issue of smell. I think they want to shut it down, irrespective of whether there is smell or not.

What will be done now?
We cannot shut down a plant for its smell. If the plant is removed what will happen to the garbage? We cannot move it to landfills, as that will spark protests too. It is a fully functional plant, why should we shut it? But if the plant is really causing severe problems, we will have to consult the Commissioner and reach an arrangement. 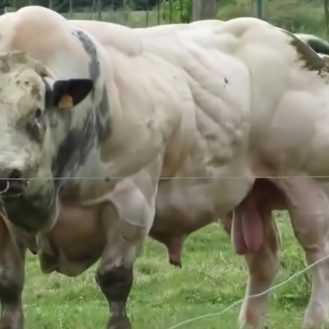