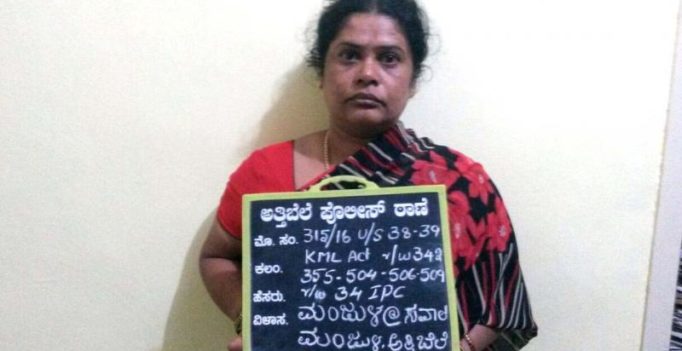 Bengaluru: A 45-year-old notorious woman rowdy was arrested by the Attibele police on Monday in connection with running an illegal money lending business. She was booked under various sections of IPC for abducting, torturing and assaulting a woman and her family members for recovering dues.

The accused, Sawal Manjula, was arrested following a complaint by Sujatha. Manjula was running the illegal money lending business for the last 10 years and was also running a chit fund racket, the police said.

Sujatha had taken money on loan from the accused and even paid heavy interest. But, Manjula demanded another Rs 3 lakh as interest from Sujatha.

When Sujatha expressed her inability to pay, Manjula allegedly abducted her family members and tortured them. When Sujatha approached the woman don, she assaulted Sujatha, disrobed her in front of the gang members and beat her with chappals.

When the Attibele police tried to arrest Manjula, she acted tough and dropped names of influential people. She has been booked under Sections 38 & 39 of Karnataka Money lending Act r/w 342, and under Sections 355, 504,506, 509 r/w 34 of Indian Penal Code, said the police. 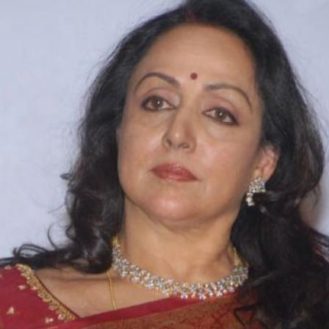 The Supreme Court tagged a plea challenging Article 35A of the Constitution with a similar pending petition to be heard by a three-judge bench. (File…