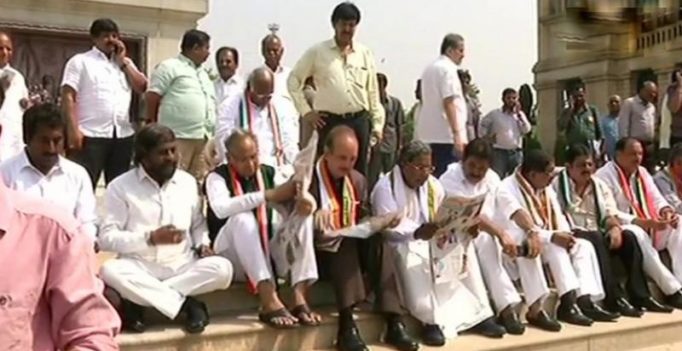 Bengaluru/Mumbai: In a major development in the politics of Karnataka, B S Yeddyurappa has been sworn in as the Chief Minister of the state after his party became the single largest party with majority votes.

The vote of Congress and JD(S) which has formed an alliance is 117, more than the magical number of 112. BJP has won 104 seats.

Soon after B S Yeddyurappa took oath as the Chief Minister of Karnataka on Thursday morning after the Supreme Court in a rare post-midnight hearing ruled out that it won’t stop Yeddyurappa swearing-in, Congress MLAs and leaders held a protest outside Mahatma Gandhi’s statue in Vidhan Soudha.

Minutes before oath taking ceremony of B S Yeddyurappa as Chief Minister of Karnataka, Congress President Rahul Gandhi took to twitter and said, “The BJP’s irrational insistence that it will form a Govt. in Karnataka, even though it clearly doesn’t have the numbers, is to make a mockery of our Constitution. This morning, while the BJP celebrates its hollow victory, India will mourn the defeat of democracy.”

Siddaramaiah also expressed his anger over the swearing-in of Yeddyurappa and said, “The matter is pending before the Court. We will go to the people and we will tell them how BJP is going against the Constitution.” 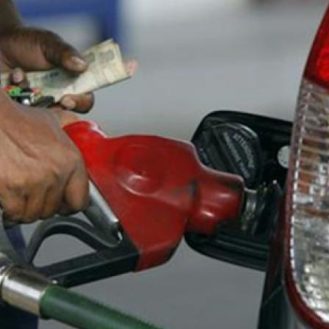