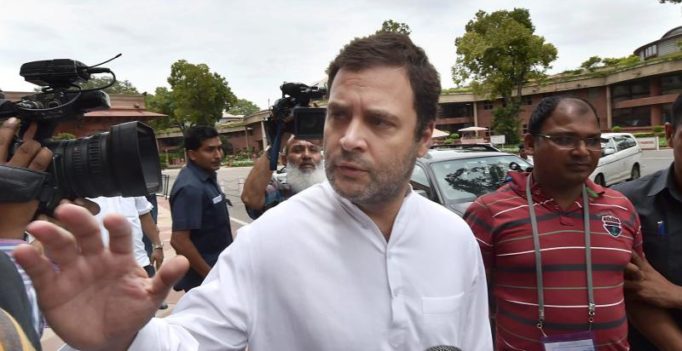 The Congress vice president said the attack on his convoy was carried out by the BJP and RSS workers and this was Prime Minister Narendra Modi, and the BJP’s way of politics. (Photo: PTI)

New Delhi: The Congress on Saturday accused the Bharatiya Janata Party (BJP) and the Rastriya Swayam Sevak (RSS) of being behind the “murderous attack” on Rahul Gandhi’s car in Gujarat and said it was done as part of a “pre-planned” conspiracy.

The Congress vice president said the attack on his convoy was carried out by the BJP and RSS workers and this was Prime Minister Narendra Modi, and the BJP’s way of politics.

Gandhi on Friday faced protests in flood-hit Gujarat where a cement brick was hurled at his car allegedly by BJP supporters, breaking the window planes of his car.

He was also shown black flags that forced him to cut short his address at a gathering in Dhanera town of Banaskantha district and had to leave in a huff.

Leader of Opposition in Rajya Sabha Ghulam Nabi Azad condemned the incident, saying it was a “murderous attack” by the BJP and the RSS carried out under a “pre-planned conspiracy”.

He accused the BJP government led by Chief Minister Vijay Rupani in Gujarat of failing to provide security to Gandhi, who is a SPG protector.

“In yesterday’s incident, the BJP workers hit a big stone at me that hit my PSO. This is Modi ji, BJP’s and RSS’s way of politics. What else can we say,” Gandhi said outside Parliament.

When asked that the prime minister and the BJP have not condemned the incident so far, Gandhi said, “When they themselves do such a thing, how will they condemn it. It is done by their people so why would they condemn it.” Azad, accompanied by Leader of Congress in Lok Sabha Mallikarjun Kharge, Congress Deputy Leader in Rajya Sabha Anand Sharma and AICC media incharge Randeep Surjewala strongly condemned the attack on Gandhi, saying such things cannot stop the Congress party or its vice president from meeting people and hearing their grievances.

“We strongly condemn the attack on Gandhi as it has also brought forward the real face of the BJP, which is known for doing this since independence,” Azad said.

He said the concrete boulder weighing 1.5 kg was aimed at Gandhi who was seated on the front seat with his window pane lowered and had it hit him on the head it could have proved fatal.

Azad said that with elections round the corner, it was the responsibility of the state and central government to ensure safety and security of SPG protectees as they are to be “most protected” under an act of Parliament.

“If it happens again, I think the people of the country will not tolerate this,” he said.

Asked why Gandhi did not accept the bullet proof car provided by the state government, Azad said sometimes one has to use a non-bullet proof car and be sensitive to the public.

Kharge said, “What is happening is not good for the country and for the democracy. If people are in distress, meeting them is not an offence and giving this treatment to those who meet the people is not good.”

Anand Sharma said, “What happened in Gujarat is unacceptable in any civilised society and democracy.”

“It is also an exposure of the intent, ideology and character of the BJP and the RSS, which believes in violence, intimidation and physical assaults on political opponents and leaders,” he claimed.

He said the BJP was using every possible means to capture power everywhere.

Sharma said that there are elections in Gujarat and it was the duty and responsibility of Rahul Gandhi to stand with the people suffering due to floods and no one can stop him.

“The Congress has seen challenges, ups and downs, neither Rahul Gandhi or the Congress leaders can ever be intimidated or suppressed and we will fight the BJP agenda and protect democracy,” he said.

Surjewala said the Congress party has demanded that a case of attempt to murder be registered after identifying four persons who have been named in the complaint.

“But the puppet police has not yet registered any case, even after our people standing on a dharna outside the police station there since last night. There is abject failure on the part of CM Vijay Rupani and his government,” he said.

Noting that the Congress struggle will continue despite such violence, Surjewala said, “Will Godse-waad be converted into Modi-waad…both are the same as they promote violence, fear and give physical harm which has been continuing since 1948 and is continuing even in 2017.

“But Godse-waad did not succeed in 1948 and neither will Modi-waad… neither Gandhi nor the Congress will bow to their pressure.” 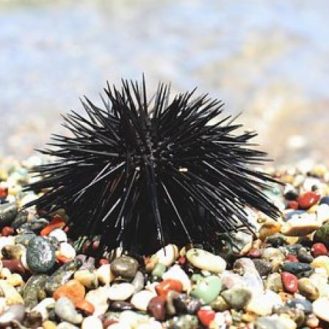 Billionaire Mukesh Ambani. (Photo: PTI) New Delhi: Having missed the first three industrial revolutions, India is now in a position to lead the fourth on…

In her statement to the police, the victim said that her husband has turned their home into a prostitution den. (Representational Image) Sharjah: A man…