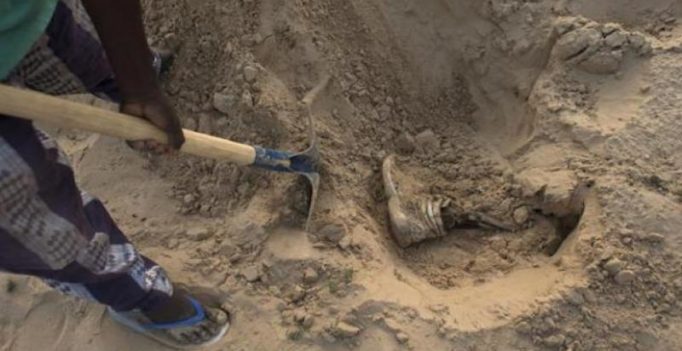 Four members of a family were found stacked atop each other and buried in a pit in the backyard of their house in Kerala’s Idukki district. (Representational Image | AP)

Thiruvananthapuram: The Kerala police have disclosed shocking details days after four members of a family were found stacked atop each other and buried in a pit in the backyard of their house in Kerala’s Idukki district.

The deceased, identified as Krishan (52), his wife Susheela (50), their daughter Arsha (21) and son Arjun (19), went missing from Thodupuzha last month.

The police on Monday said that the murders were committed by Aneesh, who was a former helper of Krishnan, along with his aide Lijin.

According to the police, Aneesh was trained in black magic.

“Aneesh was worried that his powers were not working for the last few months. He feared that Krishnan, his teacher, would have taken it back. And for last six months, he was conspiring along with an accomplice Lijin to kill Krishnan and to get back his powers,” Idukki District Police Chief KB Venugopal told NDTV.

While Aneesh is missing, Lijin has been arrested.

Police said that Aneesh and Lijin reached Krishnan’s house during the night on July 29 and took off the fuse of the house. They also attacked his goats. Hearing the goats’ loud bleats, Krishnan came out of the house and was attacked by the two men with an iron rod. Few minutes later, his wife came out and was also attacked. Later, they also killed the children.

They left the house after keeping the bodies inside the house. The next evening, they returned around 11, and found that Krishnan’s son was alive. They stabbed him with a sharp weapon and killed him with a hammer. They then dug a pit and kept all the four bodies one over the other, police added.

Religious symbols have also been found from a dustbin and police have also recovered gold ornaments that were stolen from the house.

While confessing to his crime, Lijin said that Aneesh performed a puja and sacrificed a rooster after burying the four to evade arrest. 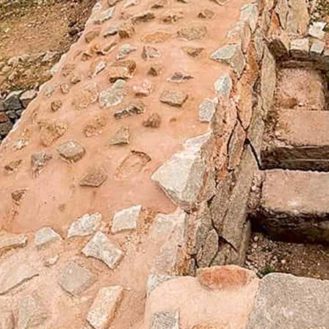