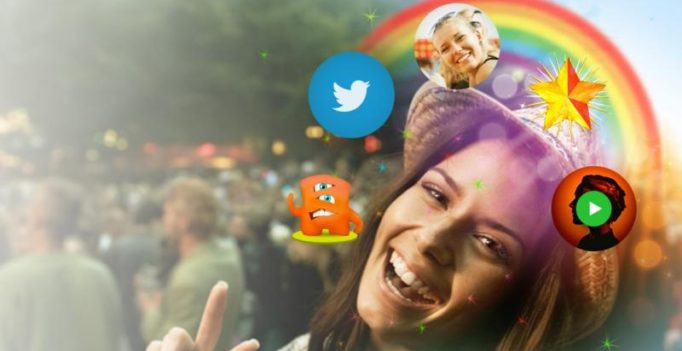 Blippar wants to utilise a user’s face as the billboard to display advertisements and earn revenue.

Blippar, a discovery app that utilises augmented reality, artificial intelligence and machine learning to provide unique AR experiences, is about to add a feature that will pave way for augmented reality-based advertisements. The company is opening the ‘Halos’ feature for displaying related content to an individual’s avatar.

The ‘Halos’ feature will utilise the app’s newly added facial recognition technology. It will ask the user to fill in latest details like your latest tweets, your Spotify playlist, your favourite YouTube music video and so on. Whenever someone else scans your photo with the app, they will able to see all those details in the form of bubbles. In short, it is a new way to see someone’s profile in augmented reality.

While the company is reportedly short of healthy funds, it expects the ‘Halos’ feature to pave way for AR based advertisements. Blippar wants to utilise a user’s face as the billboard to display advertisements and earn revenue. Blippar CEO Ambarish Mitra feels that the technology could be incorporated by banks for authentication purposes as well as for conference calls. ‘Halos’ was added last year for a bunch of celebrities only.