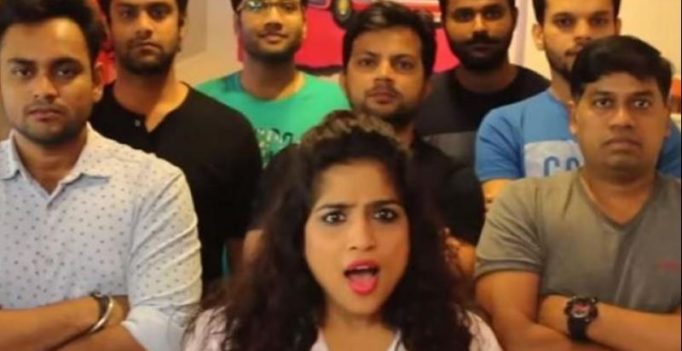 The song is sung by Malishka and is titled ‘Mumbai Tula BMC var Bharosa nai ka’, which means, ‘Mumbai, don’t you have faith on BMC?’ (Photo: Screengrab)

Mumbai: The Shiv Sena corporators have demanded that the Brihanmumbai Municipal Corporation (BMC) file a defamation suit against a popular radio jockey and a local FM channel for allegedly making fun of the civic body in a video over the bad condition of city roads.

The BMC has also issued a notice to RJ Malishka, working with a private FM channel in Mumbai, after mosquitoes were found breeding at her house in suburban Bandra.

Yuva Sena members and corporators Sadanand Sarvankar and Amey Ghole, in a joint letter to the BMC Commissioner Ajoy Mehta on Tuesday, demanded that a Rs 500 crore defamation suit be filed against the channel.

“The radio channel and its RJ Malishka have knowingly targeted the BMC to tarnish its image for problems that are not under its jurisdiction,” Sarvankar said.
“Everyone knows that the maintenance and supervision of the big roads like Eastern Express Highway and Western Express Highway is the responsibility of the state government agencies. But the RJ, in her video, has portrayed that the BMC is responsible for all the potholes (on the city’s roads),” he said.

He alleged that the video has not only maligned the image of Mumbai and the BMC, but has also shaken the confidence of thousands of BMC employees who work hard to keep the city free from water-logging during the rains.

Another corporator, Amey Ghole, said the BMC chief has assured them of appropriate steps over the issue.

“We hope that the BMC’s legal department will swing into action,” Ghole said.
RJ Malishka was featured in a 1.23-minute-long video footage, titled ‘Mumbai tula BMC var bharosa nai ka’ (Mumbai, don’t you have faith in BMC) in Marathi and uploaded on YouTube. In the footage, she purportedly poked fun at the bad
state of roads filled with potholes in the city as well as the delays in suburban train schedules.

She is purportedly seen taking a dig at the BMC and other authorities over the issues related to the problems of traffic jams during the rains.

The BMC, meanwhile, has served a notice to the RJ alleging that mosquitoes were found to be breeding at her flat in Pali Hill area of Bandra.

“We have served a notice to RJ Malishka under section 381-B of the Mumbai Municipal Corporation (MMC) Act for the mosquito breeding at her house on the 6th floor of a building at Pali Naka in Bandra,” a BMC official said.

“During a routine inspection, our team found Aedes mosquitoes breeding in a clay bowl kept under a pot as well as indoor breeding in the pots of plants,” he said.

The notice has been served to the RJ’s mother. The RJ could not be reached for her comments on the issue.

Mumbai BJP president Ashish Shelar, however, termed the civic body’s action to serve notice to the RJ as “unfair.”

Congress MLA Nitesh Rane said he stands behind the RJ, who is like a sister to him. 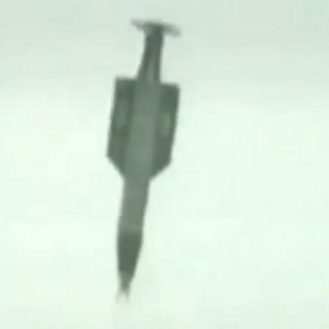 The compound was located near the tunnel complex where the US military on April 13 unleashed the “Mother Of All Bombs” (File Photo) Washington: US…

The foundation says it will honor Koko’s legacy with a sign language application featuring Koko for the benefit of gorillas and children, as well as…