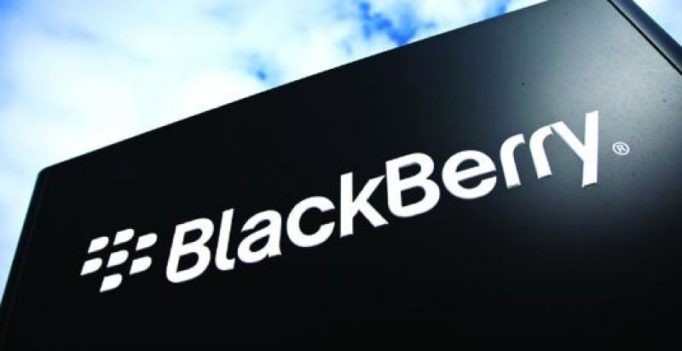 BlackBerry’s stock rallied after it showed signs of progress in quarterly earnings results at the end of March.

A visit to trucking firm Titanium Transportation helps explain why BlackBerry’s stock is once again a darling in Canadian markets, having soared 70 percent in two months.

Nestled in an industrial area some 50 kilometers north of Toronto, the trucker is an early adopter of a new BlackBerry fleet-tracking service known as Radar, which uses $400 boxes to collect and transmit information on movement, temperature and physical contents of Titanium’s 1,300 truck trailers.

Efficiency gains tied to Radar should allow Titanium to get maximum utilization of its fleet, positioning it to cut the number of trailers by five percent and also reduce labor costs, company executive Marilyn Daniel told Reuters.

“Time is everything in our world,” she said. “Being able to tell a driver where exactly a trailer is as opposed to having a driver search through a yard for sometimes hours has been a definite improvement.”

Radar is emblematic of BlackBerry Chief Executive John Chen’s strategy for turning around the Canadian icon, by steering the company away from consumer electronics and back to its roots of selling products to businesses.

Beyond Radar, BlackBerry is also betting on other types of software for industrial customers. It is leveraging its QNX subsidiary’s software foothold deep inside car infotainment consoles to expand into self-driving technology, while promoting its cyber-security software and services to thwart increased threats from hacking.

BlackBerry’s stock rallied after it showed signs of progress in quarterly earnings results at the end of March, followed by news in April of a nearly $1 billion cash windfall from arbitration with Qualcomm expected to fund future investments in growth. That comes in the face of an expected revenue decline to below $1 billion this year for the first time since 2004. At its smartphone peak, BlackBerry had annual sales of $20 billion.

Among the recent BlackBerry bulls are institutional investors such as Nokota Management, which took a new position with almost 4.8 million shares in the first quarter, and Oppenheimer Funds, which added 3.3 million more shares to its existing 4 million share stake, according to US securities filings.

Iridian Asset Management and Connor, Clark & Lunn Investment Management, two of BlackBerry’s biggest shareholders, each raised their stakes by around a quarter as of the end of March.

Nokota did not respond to requests for comment, while the others all declined to discuss their stakes in BlackBerry.

Radar “is not a unique and earth-shattering product,” said Nicholas Farhi, a partner at OC&C Strategy Consultants who advises companies on optimizing logistics operations.

That’s why some investors advise caution, saying it is too soon to figure out how to properly value the new BlackBerry offerings.

“It’s not the type of situation you can justify from a valuation standpoint,” said Tim Ghriskey, chief investment officer at Solaris Asset Management, which manages more than $1.5 billion and exited the stock a decade ago, when BlackBerry phones were still dominant. “It is all about hope and promise.”

And yet hope and promise among BlackBerry investors were hard to come by in the aftermath of Apple and Samsung walking away with the consumer hand-held phone business.

Since taking the company’s helm in 2013 to attempt a turnaround, Chen has turned to technology products used inside automobiles and corporate cyber security services, in addition to targeting the gritty trucking industry with Radar.

He also bolstered the company’s ability to manage rival devices in the workforce – still the single largest contributor to sales – with the purchase of rival Good Technology in 2015. And he outsourced production of handsets last year, meaning the company receives a cut from any devices sold by its partners rather than carrying the risk and revenue on its own books.

With Radar, BlackBerry enables customers to track trailers across country, and drivers can quickly locate vacant trailers scattered across vast parking lots. Previously, where drivers had to walk around those lots, banging on trailers in search of a hollow sound indicating it was empty.

BlackBerry charges $10 to $20 per month for every trailer connected to Radar, a product that an analyst at investment bank Macquarie says could play a pivotal role in a more than doubling of BlackBerry’s sales by 2020.

Sandeep Chennakeshu, president of the BlackBerry Technology Solutions unit that oversees Radar, told Reuters that large package delivery firms and big carriers of lumber and home goods are among the more than 50 companies testing it.

“It really depends on us convincing our customers to try our solution,” he said. “Once they try it, we’re very confident they’ll see the benefit.”

BlackBerry says that it is targeting some 16 million to 20 million trailers, chassis, vans, refrigerated units and piece of construction equipment for the Radar service, with a new variant on the hardware due to launch later this year.

On its last earnings call, the company named Trailer Wizards, a Canadian trailer rental and storage company with 25,000 trailers, as its third Radar customer.

AT&T will supply needed cellular connections for Radar in North America, and a second carrier is lined up to provide such services when it expands to Europe and Asia, Chennakeshu said.

The company expands Radar’s functionality with quarterly updates. The next one will tell customers if a trailer is a quarter, half or three-quarters full and improve integration with warehouse inventory management systems, he said.

The Radar boxes can send alerts when a trailer door is opened, its internal temperature goes beyond a set range, has been emptied or travels through a specific geography, features which Chennakeshu said are attractive for tightly-regulated movers including pharmaceutical companies.

“The best is yet to come for BlackBerry,” said Paul Rivett, president of Fairfax Financial, the company’s second largest shareholder and owner of BlackBerry debt that can be converted into shares at $10 a piece in late 2020.

“Its future earnings growth as a software company is only starting to be understood,” said Rivett. 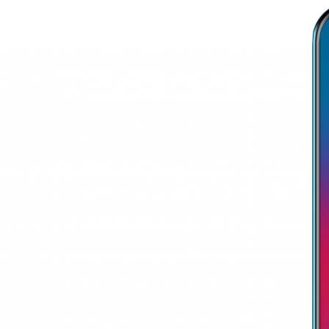