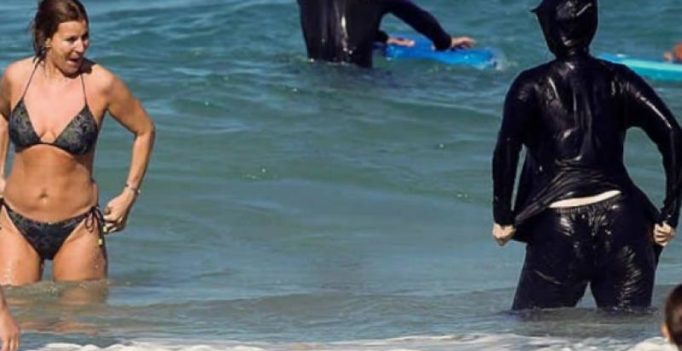 Paris: French mayors are drawing international anger for banning the burkini, an all-encompassing swimsuit worn by a small minority of Muslim women. The Associated Press explains the core of the controversy.

They’re a recent retail invention, not a religious requirement in any country. Around a decade ago an Australian woman of Lebanese origin created a swimsuit for Muslim women designed to permit them to keep their bodies covered while working as lifeguards on Australian beaches. Her design was dubbed the burkini or burqini.

Burkinis cover the head, torso and limbs _ much like a wetsuit with a hood. The word conflates the words bikini and burqa, a full-body covering with only a mesh screen for the eyes. Burqas are worn primarily in Afghanistan.

Burkinis are rarely seen in France, where you’re more likely to spot women sunbathing topless. International sales reportedly have soared in response to French efforts to restrict their public display.

France is both exceptionally secular and unusually fearful of Islamic extremism following last month’s truck attack in Nice that killed 86 people and slaying of a Catholic priest during Mass in Normandy, both claimed by the Islamic State group.

While the burkini’s defenders have argued that the wearing of the garment has nothing to do with promoting bloodshed, mayors have countered that wearing the outfits could undermine public order by make other beachgoers angry or afraid.

Prime Minister Manuel Valls says burkinis represent the enslavement of women and puts his opposition in the context of France’s promotion of women’s rights worldwide.

But France’s predominant argument is that the burkini violates France’s century-old commitment to promote secularism in public life. The first article of the French constitution enshrines this principle, while polls show French people are among the least religious in the world. France repeatedly has cited this secularist agenda when targeting Muslim practices that are seen to push religion too far into mainstream society.

Backlash to the bans

French Muslims say they feel stigmatized by the restrictions, while some police have complained that the new rules are too vague or problematic to be enforced.

Images this week that showed Nice police appearing to instruct a burkini-clad beachgoer to remove her tunic stirred indignation online. Human rights groups petitioned France’s highest administrative authority, the Council of State, which plans to issue its ruling Friday on the burkini bans.

The policy is raising tensions within French President Francois Hollande’s leftist government, too.

Critics say the anti-burkini crusade reflects a far right, anti-Muslim agenda that could prove to be a vote-winner in France’s 2017 presidential election.

Many mayors to the fore on the issue are members of former President Nicolas Sarkozy’s conservative Republicans party. Sarkozy, who is seeking re-election, said Wednesday: “We don’t imprison women behind fabric.”

He linked burkinis to radicalized Islam, a contention that many Muslims regard as baseless and dangerous. But this kind of rhetoric could help Sarkozy win votes from the anti-immigrant National Front party of Marine Le Pen, a presidential contender who has campaigned against what she calls the Islamization of France.

Burkinis pose a dilemma for the French left, a staunch defender of women’s rights. The prime minister and women’s affairs minister support the bans because they say burkinis oppress women; the education minister and health minister say authorities shouldn’t dictate what women wear.

France’s stringent secularism is exceptional in the western world, and much of the rest of the world is struggling to understand France’s actions. Protesters rallied Thursday against the French bans in London and Berlin.

Burkinis are sold by major retailers in Britain. Elsewhere in Europe, burkinis are rare but no municipal bans exist.

Not yet anyway. In Belgium, the right-leaning Flemish N-VA party doesn’t want burkinis on public beaches, calling it a sign of oppressing women.

Women in Muslim countries wear a range of swimwear, from bikinis to full-length garments, reflecting their personal tastes and understanding of their faith.

Burkini-style wear has generated debate in Morocco, with its large tourism industry. In Egypt, some resorts, elite clubs and restaurants ban veils entirely and the wearing of burkini-style outfits in swimming pools. Religious conservatives, who have been gaining ground, say such bans perpetuate a colonized mentality by enforcing Western-inspired freedoms and styles. 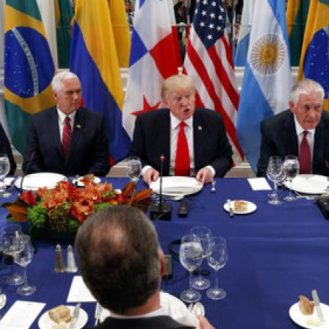