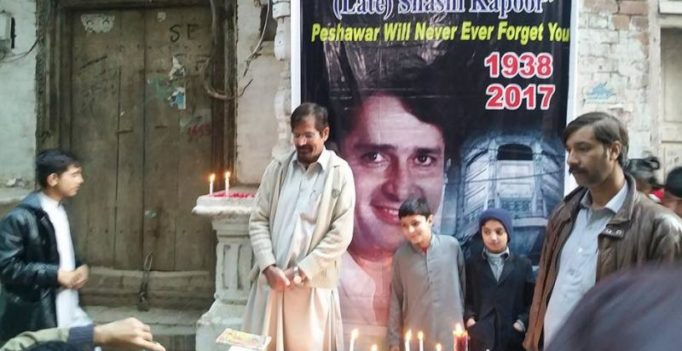 Tweet involving the picture was retweeted by Shabana Azmi.

The Kapoor Haveli, situated in the Dhaki Nalbandi area in the interiors of the Khyber-Pakhtunkhwa province, was built by Kapoor’s grandfather Dewan Basheswarnath Singh Kapoor in the early 20th century, who lived in the city.

Cultural Heritage Council (CHC) Khyber-Pakhtunkhwa paid tributes to the Hindi cinema star, who passed away on December 4 at the age of 79.

The meet was attended by several people from different walks of life, including cinema lovers.

Speaking on the occasion, CHC secretary Shakeel Waheedullah said the veteran actor always remembered Peshawar as the home of his ancestors.

It was the love for his roots that prompted Kapoor to visit the city back in 2000.

Shakeel added, “Peshawarites have great love and respect for the Kapoor family and Bollywood actors belonging to the ancient city.”

He said Prithiviraj Kapoor, father of Raj Kapoor, Shammi Kapoor and Shashi, used to go to Bombay (now Mumbai) from Peshawar to work in films.

It was in 1942 that the head of Kapoor family sold the house and migrated to Mumbai.

Despite leaving Peshawar, the Kapoors always fondly remembered the city. Raj Kapoor had even expressed desire to visit his childhood home before his death.

Zia recounted meeting the ‘Junoon’ actor in 2014, when he visited India and found the actor’s response cordial.

He said that Kapoor was happy to make the acquaintance of the guests from Peshawar in his Mumbai home.

“Though he was ill at the time when we met in 2014, happiness was clearly visible on his face,” the historian recalled.

Zia added a CHC delegation will soon visit India to meet the bereaved Kapoor family and convey condolences to them from the people of Peshawar. 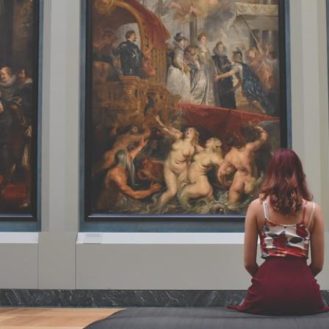