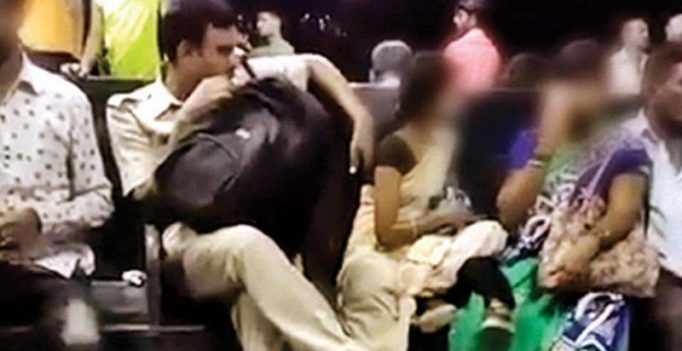 Mumbai: In a shocking incident that has come to light, a police constable of the Kalyan Railway Protection Force (RPF) station in Mumbai was seen touching a woman commuter inappropriately on Wednesday night. The police constable was suspended after he was seen in a video touching the woman.

The constable has been identified as Rajesh Jahangir.

The video of the incident has gone viral on social media, in which Jahangir can be seen touching a woman sitting next to him on her back while the woman was apparently waiting for a train with another woman companion and a baby at Kalyan railway station at around 11:30 in the night.

In the video, angry voices can be heard saying, “complain against the policeman…hand him over to the security men.”

Commuters waiting at the railway platform noticed the constable touching the woman and raised an alarm. They cornered Jahangir as he tried to run away after being caught and thrashed him.

“As soon as we saw the video, we immediately suspended the constable and ordered an inquiry against him,” Divisional Commissioner of Central Railways, Sachin Bhalode said.

According to witnesses, the constable was in an inebriated state and ran away when he was confronted.

On being asked whether the constable will be charged with molestation, Bhalode said, “We have not received any complaint so far but based on the video, we are taking stern against.”

“The Railways are taking several measures for women’s security,” Bhalode said, adding that five Mahila Shakti teams, each led by a woman officer, are “constantly on the move.”

According to reports, RPF constable Rajesh Jahangir was on duty at the time when the incident occurred.

At every local station in Mumbai, at least one police officer is supposed to be inside every women’s coach after 9 pm to ensure safety for women. 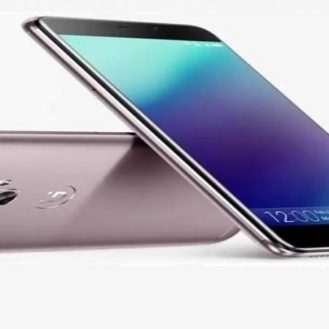